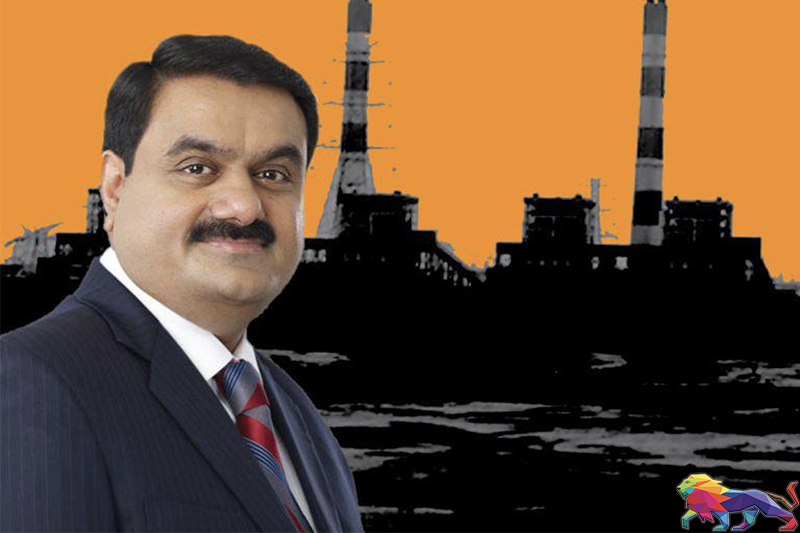 The two projects generating 286MW in Mannar and 234MW in Pooneryn have a total investment of more than 500 million US dollars.

The decision was taken at a meeting Wijesekera had with officials of the Ceylon Electricity Board (CEB) and the Sustainable Energy Authority to discuss the progress of renewable energy projects. 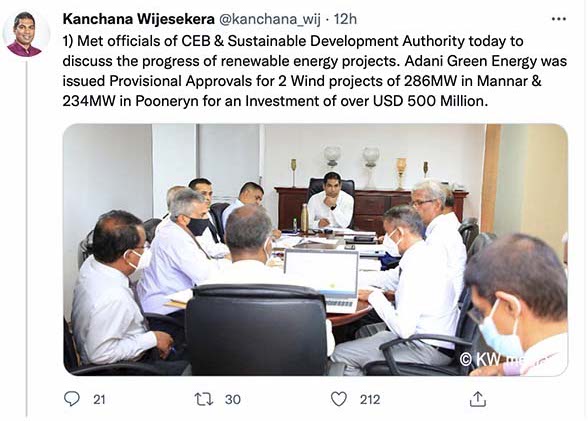 That became so after former CEB chairman M.M.C. Ferdinando alleged at COPE on June 10 that former president Gotabaya Rajapaksa had been pressured by Modi to grant the projects to Adani Group.

Less than 24 hours later, Ferdinando withdrew his allegation and resigned from his position on June 13.

The Ceylon Electricity Board(amendment) Act was passed in parliament by majority vote on June 09 following its presentation by the subject minister on May 17.

It details the qualifications required for the issuance of a license to generate electricity and removes restrictions in force until then in lieu of projects generating more than 25 MW.

The ex-president had claimed the passage of the amendments after nine years for renewable energy generation would pave the way for new investors and provide a sustainable solution to the electricity crisis.

Rajapaksa had also commended the efforts and commitment by minister Wijesekera, who said that accelerated development of renewable energy plans necessitated the amendments.

He said public awareness will be raised on investments and planning for the same, while encouraging local investors and foreign direct investments into the field.