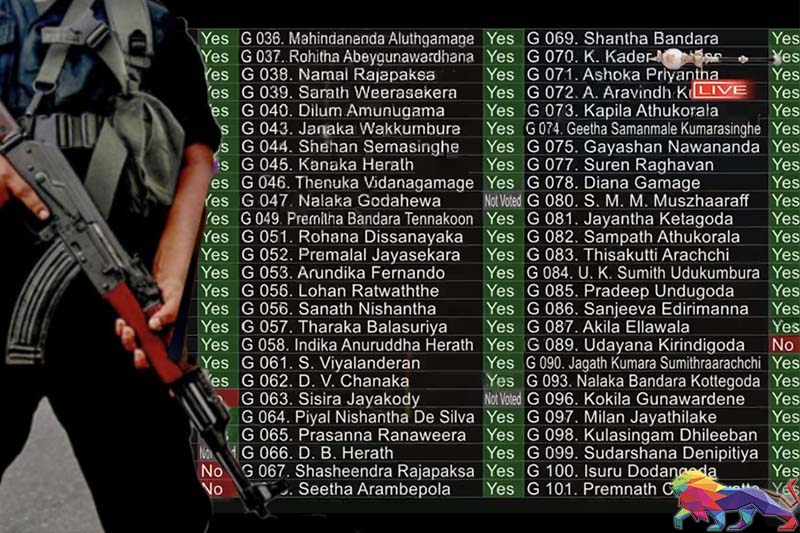 Sri Lanka's Parliament on Wednesday approved a state of emergency that had been declared by President Ranil Wickremesinghe as his government cracks down on demonstrators it accuses of violence while trying to find a way out of the country's worst economic crisis.

The vote passed 120-63 in the 225-member Parliament. The other lawmakers abstained. The decree, which gives the president the power to make regulations in the interest of public security and order, has to be approved every month.

Wickremesinghe declared a state of emergency last week as acting president before lawmakers elected him to serve the remainder of Gotabaya Rajapaksa's five-year term until 2024. Rajapaksa fled Sri Lanka after thousands of protesters stormed the president's official residence and other buildings. He later resigned from Singapore.

Ruling party members who back Wickremesinghe said that while protests were reasonable at the beginning of the crisis, groups that don't believe in parliamentary democracy and want to capture power through unconstitutional means had infiltrated the demonstrators and were creating disturbances.

Opposition parties criticized the emergency as a government move to stifle dissent. (AP)