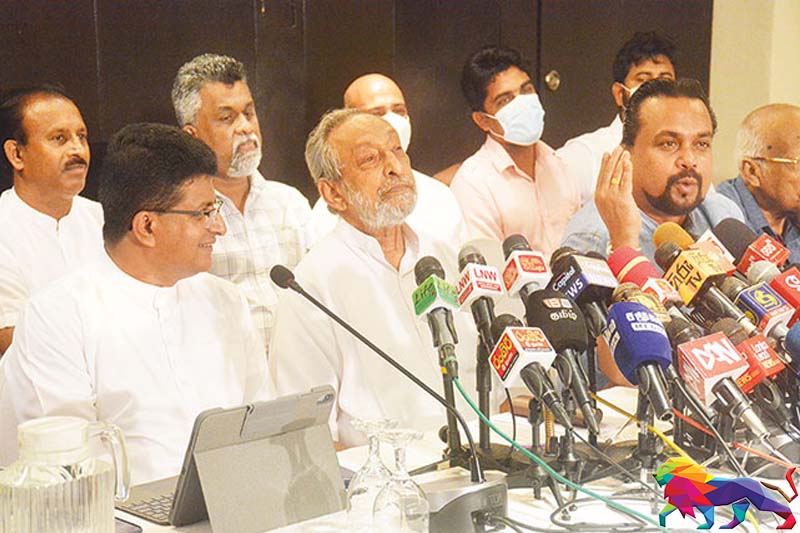 Parliamentarian Premanath C. Dolawatte says his group of 10 parties will support the passage of the state of emergency at today’s (27) vote in parliament as law enforcement needs to be empowered to maintain peace.

He was speaking to the media following a meeting yesterday afternoon attended by those parties that have become independent.

Dolawatte said the cowardly verbal attacks against the armed forces members that their children would not be taught in school or treated in hospital should be controlled, and stressed that his group would not be intimidated by any pressure.

Also speaking here, MP Wimal Weerawansa alleged that in light of the prevailing economic crisis, a situation of knowingly giving into foreign forces has become obvious.

Commenting on action by the armed forces in the face of imminent violence, he said, “If this violent tendency aggravates, the country’s situation is likely to become perilous.

The country should be normalized. A campaign is on to prevent a normalization by foreign forces towards an objective of their choosing. We have been exposing that all along. We decided to intervene and prevent this criminal operation,” he said.

Parliament today debates the state of emergency from 10.00 am to 4.30 pm, after which a vote takes place.

President Ranil Wickremesinghe, when he was in an acting capacity, imposed the emergency laws as per provisions of the Public Security Act.

If not passed by parliament within 14 days, it automatically gets invalidated.

The parliamentary group of the Samagi Jana Balawegaya (SJB) has decided unanimously to vote against the state of emergency.

It was one of the decisions they made at a meeting yesterday afternoon.

The SJB MPs also decided to support the appointment of a parliamentary committee to resolve burning issues of the public.