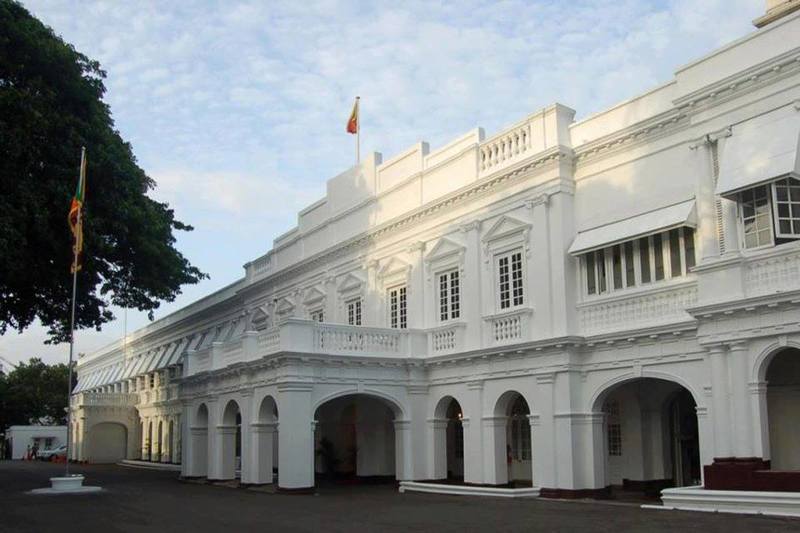 The latest tender bender has come to light in the term tender floated by the Ceylon Petroleum Corporation( CPC) to import 1.8 million barrels of gasoline which had been tainted with irregularities, corrupt practices and wheeler dealings of officials in connivance with the foreign ministry, disgruntled fuel suppliers alleged.

Three bidders have submitted their applications for the tender and one of the lowest bidders, Coral Energy Pte Ltd., has been rejected by the Special Standing Cabinet Appointed Procurement Committee while selecting Oman Trading Limited.

The three bidders who had applied for the tender were OQ Trading Limited, Vitol Asia (Singapore) Ltd and Coral Energy Pte Ltd Singapore.

In a letter sent by the Energy Ministry under the signature of its secretary K.D.R Olga to Coral Energy, the latter has informed that due to the failure of verification on the existence of the company and nature of business, the bid of the company has been considered as non responsive.

According to suppliers, this is the new practice followed by some corrupt officials engaged in the emergency fuel procurement process with the aim of getting kickbacks from bidders for the elimination of the prospective bidders from getting the fuel import tender.

It has been revealed that the SL High Commission in Singapore has sent a recommendation on the directions of local authorities stating that a company with a revenue of USD 5.3 billion in 2022 ‘is not actively engaged in trading’.

This recommendation is not based on the company's financials but based on ‘ad hoc’ visits by so-called embassy officials to the company's office in Singapore, they alleged.

The Energy Ministry and CPC is now in the practice of deciding on procurement based on ‘office visits’ to the bidders. This is in order to qualify the next bidder who bills Rs. 400 million more to satisfy the increasing corruption demands despite the country’s current forex situation.

This was another example of a foreign currency outflow due to the negligence and connivance of corrupt officials, they claimed.

"CPC rejects the company which accepts LC and gives credit for officials to make petty money and award to the higher bidder who wants ‘prepayment," a senior official who wished to remain anonymous said.

In this shocking new move, CPC makes continuous and deliberate attempts to disqualify a globally known, strong oil company and has awarded the contract to a regular supplier (who demands prepayment and who has refused to give any discounts to CPC), he divulged.

The regular supplier is known to be controlling CPC and its officials making millions of dollars capitalising on the country’s current forex plight.

When the lowest bidder has offered a price of USD 1.1 million lesser than the second highest bidder, CPC has used a new practice of planning the elimination mission in connivance with corrupt foreign ministry officials and has submitted a report stating that the company is ‘not actively engaged in oil trading’, he added.

Several economic experts who expressed concern on this whole affair of the CPC are asking if a company with a revenue of USD 5.3 billion is not an active trading company,’ then what does the term ‘active’ mean?

Furthermore, the trading circle which is well aware about the CPC and its corrupt procurement practices which has brought the country to today’s crisis situation is asking as to how the foreign ministry, which is usually regarded as an institution devoid of corruption, has now stooged down to this level by acting so unprofessionally and unfairly, especially in a country like Singapore.

It has been observed that ‘Enterprise Singapore’ which is equivalent to SL ‘BOI’ has recommended ‘Coral Energy’, the lowest bidder.

However, the foreign ministry official has not consulted Enterprise Singapore, analysed any documentation including the company financials.

The decision as per him is based on the official going to see the office of the company on three occasions and 'not many professional people being there'.

However, a public interest activist said that its an utterly asinine remark considering today’s Covid situation and the world’s new norm of operating from multiple locations reducing dependency of one office

He also added that he will file litigation seeking the opinion of the courts especially to check if the CPC made such office visits in the past to each lowest bidder and disqualify them in order to award the tender to the highest bidder.