President Rajapaksa must take steps to make the public aware of the proposed constitutional principles of government, the chairman of the National Movement for Social Justice Karu Jayasuriya said.

He said that the Constitution, which evidently affects a country, should be drafted by the Parliament and the people, stressing that it should not be a Constitution drafted by government-appointed representatives as a majority in the country is not agreeable to the formation of a new Constitution through this process.

He urged the government to take steps to make the public aware of the planned constitutional reform process prior to February 4, the day of Sri Lanka’s Independence.

Jayasuriya reiterated the organisation's calls to abolish the 20th Amendment to the Constitution to foster national unity and reconciliation in the country.

Speaking at a press briefing today, the former speaker said;

"We as a country today have a number of issues that need to be addressed urgently. It must be understood that the everyday lives of the people have been disrupted due to the lack of foreign exchange. This should not be taken as a criticism and instead be understood as a pertinent issue that must be addressed and resolved.

However, the government has failed to take necessary action to resolve the matter and this is causing great harm. Instead of allowing two ministries to engage in a game of tug of war to secure foreign exchange, the government must take the lead to bring about a solution to the issue. The government cannot leave it to the ministries and wash their hands off the matter. The Minister of Finance in particular has a great responsibility to bear in this situation.

If we are not able to solve this dilemma within the next few days, it must be pointed out that public life, the economy and the production process will collapse. 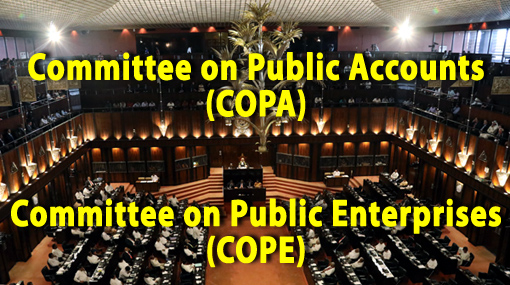 As an independent civil society organisation, the National Movement for Social Justice constantly monitors parliamentary proceedings with great interest. With the commencement of the Second Session of the 9th Parliament, we urge the government to appoint the parliamentary committees that were dissolved following the prorogation of Parliament.

We strongly believe that the services of Prof. Charitha Herath, Prof. Tissa Vitharana and Anura Priyadarshana Yapa, who served as Chairs of these Committees, should be further utilised in the future to better serve the interests of our people.

It also must be noted that we sincerely hoped for a presidential pardon to be granted to veteran artiste Ranjan Ramanayake, especially at a time when the conversation on ‘One Country, One Law’ policy has come to the fore.

However, the National Movement for Social Justice declares that our country is still not governed by 'One Law' but by unjust decisions that have been made based on political reasons.

Therefore, it can only be said that the discriminatory treatment meted out to certain individuals solely based on political reasons is an inhumane form of hypocritical revenge."