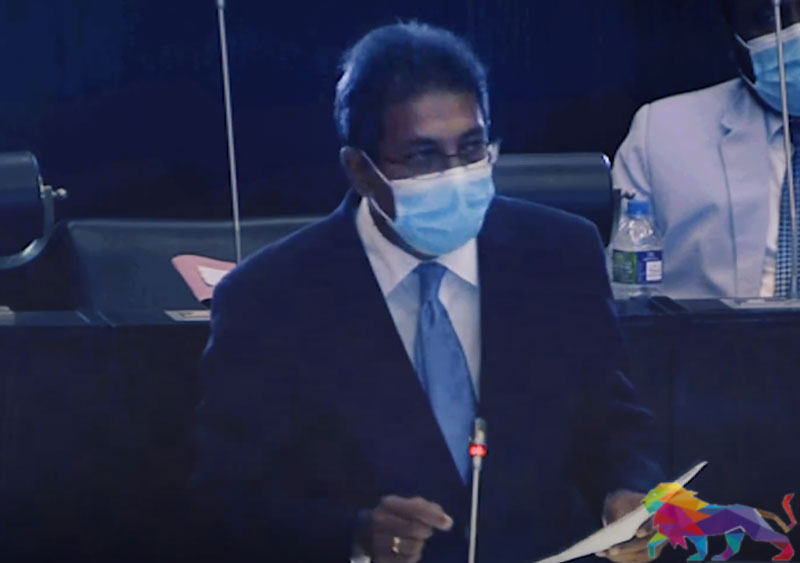 Samagi Jana Balawegaya (SJB) MP Harsha de Silva has said that by January, the government will only be left with USD 140 million after repaying the foreign debt owed.

He made these comments while participating in the budget debate in Parliament.

He pointed out that the amount of debt owed between February and October is USD 4,843 million, but by the end of this month, only USD 140 million will be available. Therefore, the balance would be a negative USD 4700 million.

“If we are unable to settle the due loan repayments, the whole system will shut down,” he warned, while reasserting that the IMF is the only alternative left.

This would eventually lead the country to bankruptcy, he noted.

Meanwhile, participating in the 'Neth FM Unlimited' programme which aired last night (08), the opposition lawmaker said that the statement made by the Governor of the Central Bank calling for foreign currency to be brought into the country only through formal means is not practical.

He said that maintaining the value of the dollar at Rs. 200 by the Central Bank in the background where the black market price of a dollar hovers around Rs. 240 could create a further crisis.

Dr. Harsha de Silva also stated that the Central Bank does not have the capability to keep the dollar from depreciating by force.