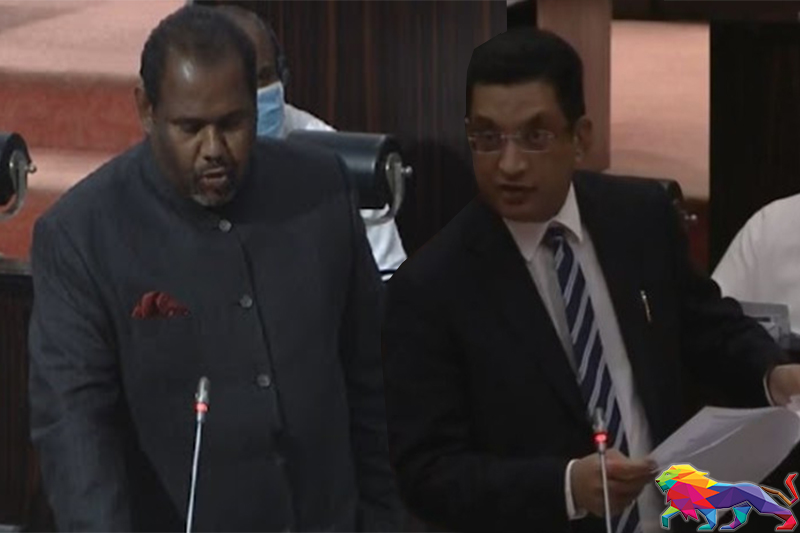 A request has been made to transfer the Tamil political prisoners in the Anuradhapura prison to the North to ensure their safety.

The request was made by the leader of the Tamil National People's Front (TNPF) while questioning the government's stance on Lohan Ratwatte's visit to the Anuradhapura prison to make death threats to Tamil prisoners.

Raising the issue in Parliament on Wednesday (22), TNPF leader Gajendrakumar Ponnambalam requested the transfer prisoners to Jaffna or Vavuniya for their safety as prison officials failed to ensure the safety of Tamil prisoners being held under the Prevention of Terrorism Act.

Ponnambalam called for the transfer of Tamil political prisoners in accordance with Nelson Mandela's rules.

The Nelson Mandela Rules consist of 122 standard rules adopted by the United Nations in 2015 regarding the treatment of prisoners.

Rule 51 states that: “Searches shall not be used to harass, intimidate or unnecessarily intrude upon a prisoner’s privacy. For the purpose of accountability, the prison administration shall keep appropriate records of searches, in particular strip and body cavity searches and searches of cells, as well as the reasons for the searches, the identities of those who conducted them and any results of the searches.”

Ponnambalam has demanded that the Sri Lankan government, which has agreed to international law and conventions on the protection of prisoners, remove from Parliament any Minister who made death threats to prisoners.

He also demanded the release of prisoners detained under the Prevention of Terrorism Act.

Condemning Lohan Ratwatte's forceful entry into the prisons and making death threats to prisoners, Justice Minister Ali Sabri said that the Cabinet had approved an independent inquiry into the incident under a retired High Court judge.

The Minister said in Parliament that the CID and the Human Rights Commission had already commenced investigations into the incident and had obtained statements from 23 persons.

The TNPF leader was the first to reveal that Lohan Ratwatte had entered the Anuradhapura prison when he was the Minister of State for Prisons and Welfare and had summoned eleven Tamil political prisoners, forced them to their knees and threatened them with a pistol.

In a similar vein, State Minister Ratwatte had forcibly entered the Colombo Magazine Prison and threatened its inmates. He later resigned from only one of his ministerial portfolios after public backlash into his actions.