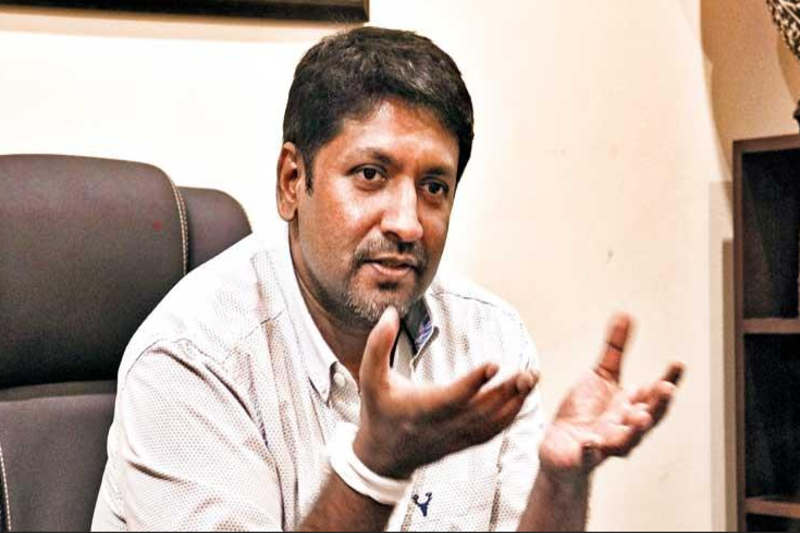 Despite the current government's assurances that it will ensure media freedom, attempts are being made to suppress media organisations, Deputy Leader of the United National Party Ruwan Wijewardena said.

Pointing out that the 'good governance' government never responded to criticism in the media with repression, he said that they always tried to take the country down the right path by trying to establish independence even in state media institutions.

Commenting on reports that the Sirasa media organisation has again come under threat by the present government, Wijewardena said that it would be ridiculous for any regime to think that the repression of the media can cover up the problems of the people.

Issuing a statement on Wednesday (07), the UNP deputy leader said:

The United National Party has historically advocated for media rights. Although the UNP was the most criticized party by the media, we never tried to suppress the freedom of speech.

Our party leader, Ranil Wickremesinghe, was the most criticized person by the media during the period of good governance. Adapting to the Buddhist philosophy, he did not shy away from criticism. It is a feature of democracy. We believe that accepting media criticism will go a long way in improving the future of the country.

During President Mahinda Rajapaksa's rule from 2005 to 2015, journalists were subjected to inhumane attacks, while media institutions were bombed.

The biggest threat was faced by the Sirasa Media network. The buildings where its main operations center was located were bombed. Journalists were also attacked, and many lost their lives. We went through a dark period in our history.

During the era of good governance, we never responded to criticism in the media with repression. We always tried to take the country down the right path. That is why we tried to establish independence even in state media institutions.

The current government came to power promising to ensure media freedom. But we have heard and seen government leaders indirectly threatening and harassing the media. It is reported that Sirasa Media has again come under threat by the present government.

Sirasa Media is an institution that speaks directly to the people without fear. As a media institution, we feel that they are fulfilling their responsibilities by talking about current issues such as the economy and the fertilizer shortage, as well as the problems faced by the entire country.

It would be ridiculous for any regime to think that the repression of the media can cover up the problems of the people.

Freedom of speech is a principle that the UNP has always welcomed.

Therefore, we clearly state that the government should immediately intervene to solve the problems of the people without attempting to silence the media.

Media Minister Keheliya Rambukwella should immediately make a statement regarding the situation regarding Sirasa.

As a party, we call on President Gotabaya Rajapaksa and Prime Minister Mahinda Rajapaksa to commit to ensuring media freedom."