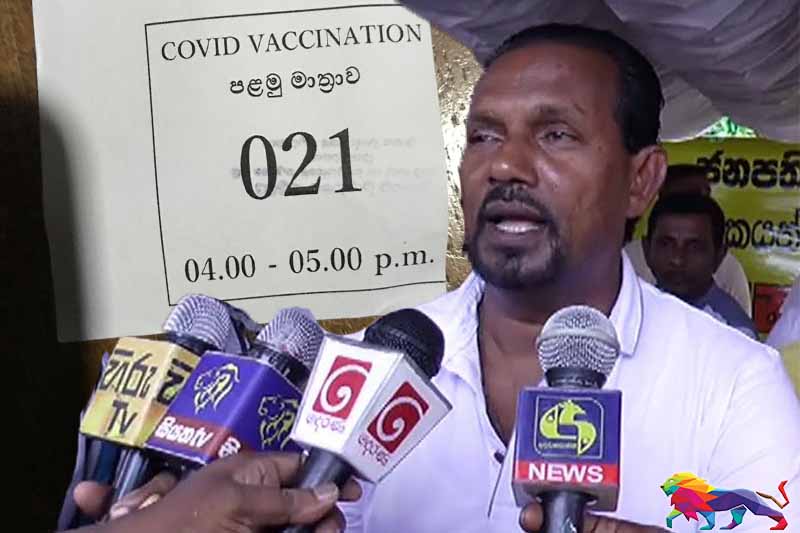 As the government's vaccination drive continued today, residents of the Moratuwa Municipal Council area who came to get vaccinated were in for a rude shock as those who carried a certain 'chit' from the Moratuwa Mayor Samanlal Fernando were given preferential treatment.

The vaccination programme is carried out by the respective Medical Officer of Health (MOH) of each area. Accordingly, the Moratuwa Municipal Council area includes two MOH Divisions i.e. Moratuwa South and Egoda Uyana.

Once it was announced by the MOH Office that residents in the area will be vaccinated, the Mayor had issued 'chits' with his official seal to loyalists of the Sri Lanka Podujana Peramuna (SLPP) last night.

A tense situation had erupted once the SLPP loyalists armed with the Mayor's chits had arrived at the site and sought to skip the line. However, the residents who had waited in line from 4 am had vehemently objected.

The Regional Director of Health Services had then advised the relevant officers to resume the vaccination programme according to the Mayor's instructions.

As such, a large number of residents who have no affiliation to the SLPP have missed out on their first jab. 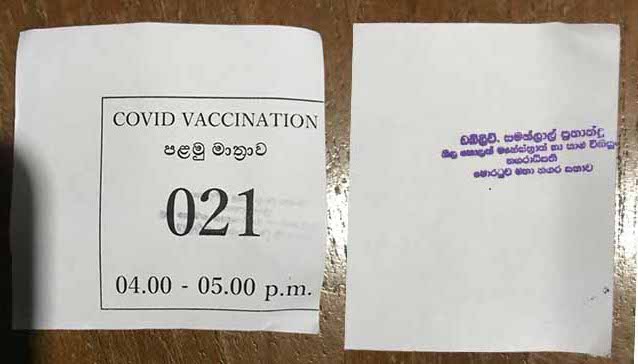 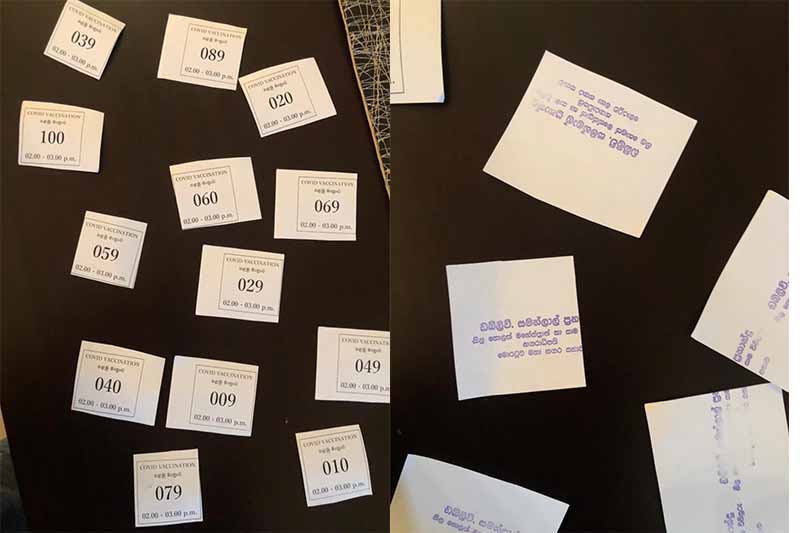