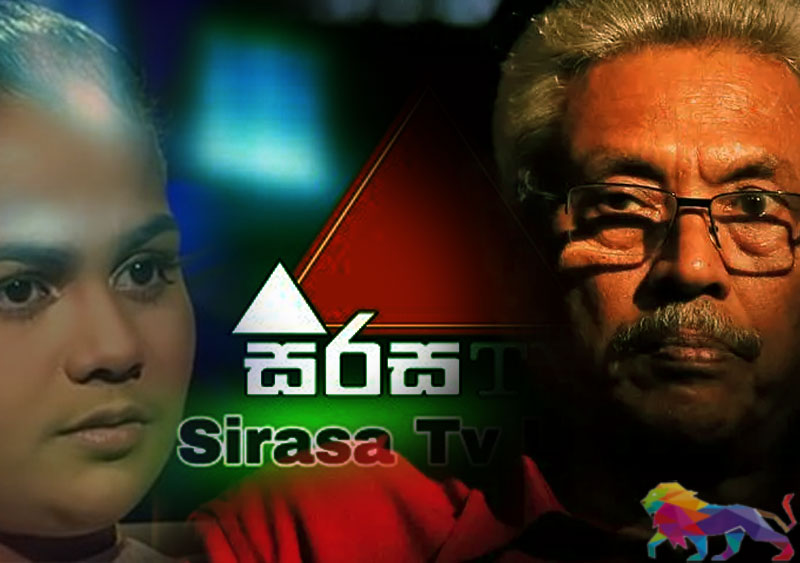 Under a directive from the Presidential Secretariat, the government has decided to suspend all state advertisements on 'Sirasa' media network with immediate effect.

Accordingly, advertisements from state banks and the lotteries board have also been suspended.

Sources at the Ministry of Mass Media said that the decision to suspend government advertisements was due to Sirasa according wide publicity to Bhagya Abeyratne, a resident of Rakwana who had participated in the 'Lakshapathi' programme and revealed the environmental destruction taking place around the Sinharaja forest reserve as well as allocating more airtime for opposition lawmakers in their news broadcasts.

It is reported that Sirasa would stand to lose approximately Rs. 50 million per month due to the suspension of state sponsored advertisements.

Sirasa has faced similar interventions before where they have been subjected to threats from politicians like Mervyn Silva and had their studios torched by a group of unidentified assailants.

Mobitel out - Dialog in !

Mobitel, which was the main sponsor of one of Sirasa TV's most popular programmes 'The Voice', has also withdrawn its sponsorship after the suspension of state advertisements.

However, it is noteworthy that several private companies have already come forward to sponsor popular programmes such as 'The Voice' and 'Lakshapathi'.