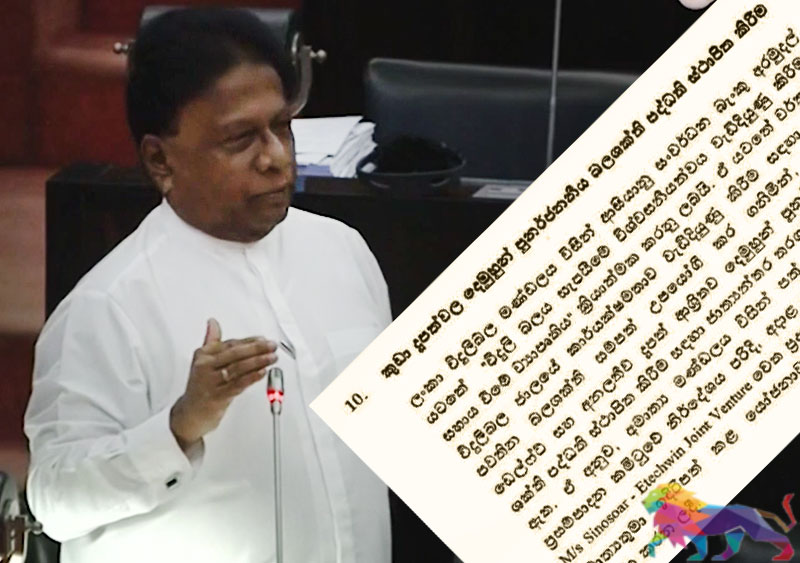 The government recently announced that Cabinet approval has been granted to award a contract to a Chinese company to set up hybrid wind and solar energy projects on three Sri Lankan islands off the northern Jaffna peninsula.

These renewable energy projects were awarded to Sinosar-Etechwin which will be implemented as a joint venture with the Ceylon Electricity Board (CEB) as part of the Sri Lankan government’s Supporting Electricity Supply Reliability Improvement Project.

Sinosar-Etechwin is a subsidiary of the Chinese wind turbine manufacturer Goldwind.

However, Power Minister Dullas Alahapperuma said that no such Cabinet approval has been received for these projects.

Responding to a question from an opposition lawmaker on Wednesday (24), the Power Minister said, "The Cabinet hasn't approved this yet. The Treasury has sought more details with regard to the technology that will be used for these projects."

Despite Minister Dullas Alahapperuma's claim that the Cabinet had not granted its approval to the energy projects, the Department of Government Information, in its weekly publication of the "Cabinet Decisions" on January 18 said that Cabinet approval has been granted for the project. 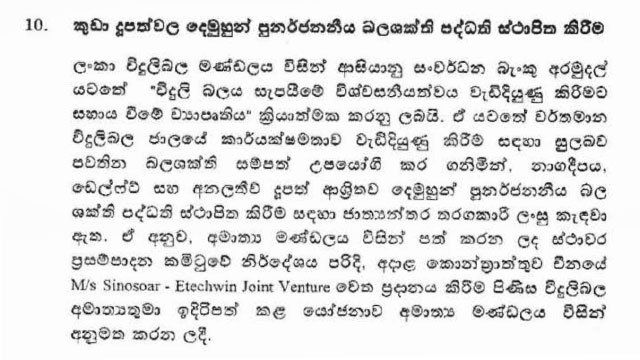 According to the statement by the DGI, the hybrid renewable energy projects will be set up in Nainative, Delft and Analitive islands.

However, Minister Alahapperuma rejected media reports which said that these islands in the North will be leased out.

"We have not awarded this contract to anyone," he stressed in Parliament.