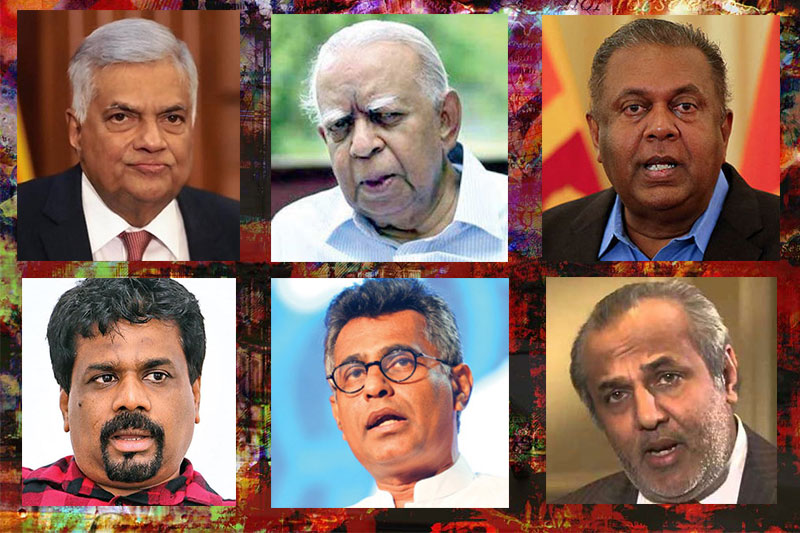 The move comes after the Cabinet of Ministers granted approval to implement the recommendations submitted by the Presidential Commission of Inquiry into Political Victimisation during 2015-2019.

The Commission has determined that the individuals in question had violated the Constitution in their role in establishing the Anti-Corruption Committee and Anti-Corruption Secretariat which functioned under the Yahapalana government.

The 'Anidda' newspaper in a report said that it was former minister and SLPP MP Wijeydasa Rajapakshe who had testified against them stating that they have violated certain provisions of the Constitution. However, everyone is aware of his 'illustrious' history.

The Cabinet had then decided to appoint a special Presidential Commission of Inquiry as there were no Constitutional provisions for the matter to be taken up in a Court.

In addition, it was reported that the relevant documents will be sent to the Attorney General and the Bribery Commission for appropriate legal action against the 22 individuals named in the report.

Therefore, the first respondent in this case should have been the Cabinet of Ministers. As the head of the Cabinet, the then President Maithripala Sirisena, should have also been named as a respondent as many of the meetings of the Anti-Corruption Committee were held at the Presidential Secretariat and at his official residence on Paget Road.

Accordingly, the criteria for President Gotabaya Rajapaksa's anti-corruption policy is similar to the Mahinda Rajapaksa led government's policy of 'those who are with us are right and those who oppose us are wrong'.

The three-member Commission to investigate political victimisation headed by retired Supreme Court Justice Upali Abeyratne can be regarded as one of the most ambiguous Commissions of Inquiry ever appointed.
Furthermore, National People's Power MP Vijitha Herath, addressing a press conference in Colombo recently noted that the Presidential Commission of Inquiry into Political Victimisation is trying to save corrupt officials, politicians and murderers by using victimisation as an excuse to release them from a myriad of court cases.