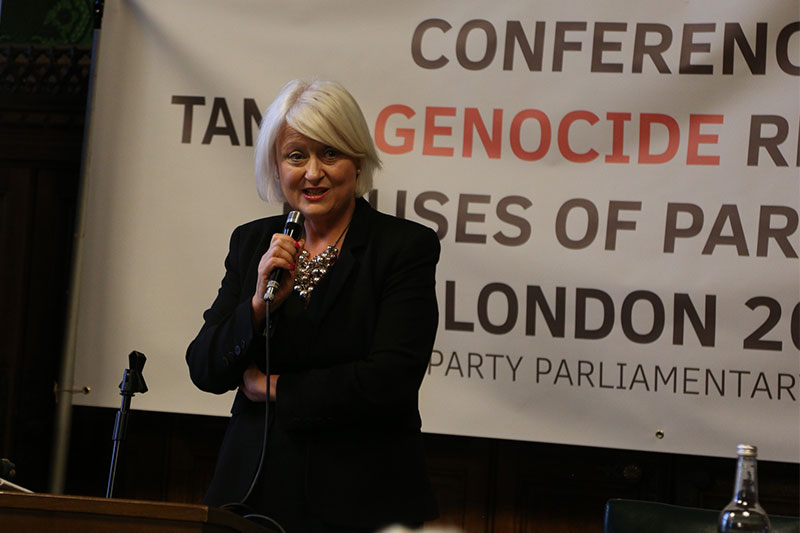 action from the UNHRC.

A leading Member of Parliament from the Labour Party, Siobhain McDonagh has urged to British government to move a strong resolution against Sri Lanka in the ensuing UNHRC meeting scheduled in March.

Speaking in Parliament, the MP for Mitcham and Morden criticised the Rajapaksa brothers strongly and said they face accusations of crimes against humanity for their role in killing thousands of their own people at the end of the civil war.

She has urged the British government to prove its leadership in the global arena by moving a resolution against Sri Lanka in the strongest terms for the promotion and protection of Human Rights, justice and accountability in Sri Lanka.

“The destruction of Mullivaikkal Tamil genocide memorial monument at the University of Jaffna is an act that undermines truth justice and accountability that would set Sri Lanka on a path to lasting peace," she noted.

The MP has urged the government in the strongest terms to ensure that Britain uses the unique opportunity in March that provides to continue the global leadership her country has previously demonstrated on this issue and to show on the international stage that the nation is truly global Britain.

During her speech, she also pointed out the Sri Lankan government has placed their senior allies in government positions including the military commanders accused of war crimes and politicians accused of corruption, violence and common criminality.