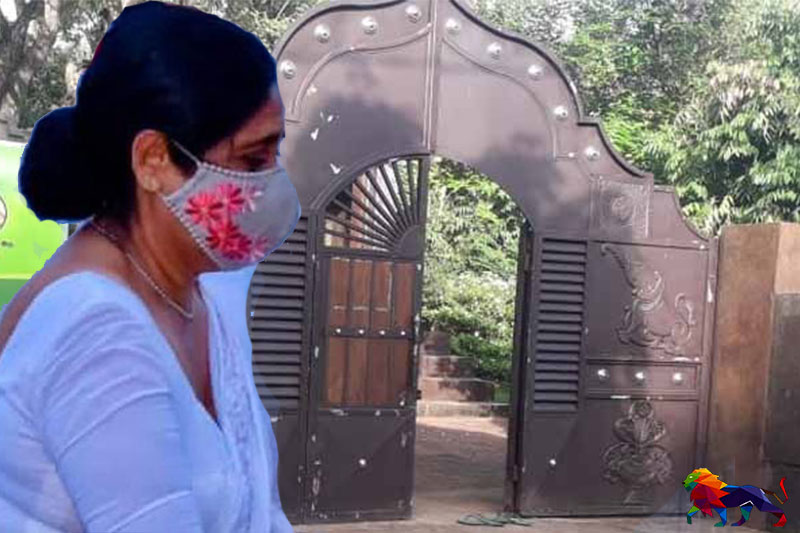 It is reported that the Army Corps of Engineers have started construction on a site belonging to a woman known as 'Gnanakka' at Hospital Road in Anuradhapura. It is reported that a large number of servicemen have been stationed at this premises.

It is also reported that they are trying to conceal the ongoing construction by erecting a wall around the land.

When contacted by News19, Army spokesman Brigadier Chandana Wickramasinghe said that there he is yet to be officially notified of such a construction taking place. Therefore, he has stated that he can't comment on the alleged construction.

However, it is reported that the security forces have questioned a person who had commented on the construction on social media. The reports further said that his mobile phone had also been taken into custody.
However, the 'Lanka' newspaper reported that the Mayor of the Anuradhapura Municipal Council, H. P.  Somadasa, when inquired about the construction project, had said that a plan had been approved by the Municipal Council.

The Mayor has stated that he was unaware of the current status of the construction project. Further, he has said that he didn't know whether they were building a hotel or something else, adding that he could inspect if any construction was being done that had not received the approval of the Municipal Council.

The 'Lanka' newspaper has also made an inquiry from a retired senior Army officer, who is responsible for land development projects carried out by the government, on whether active military personnel could be deployed to private construction projects.
Major General (Retd) Kuma Herath, project manager of the Sri Lanka Land Development Corporation, said that no servicemen can be used for private construction projects under any condition.

He has further stated that since the wages of military personnel are borne by the government for national security purposes and other government sanctioned activities, it was a serious offense to employ servicemen for personal activities.
(News19.lk)