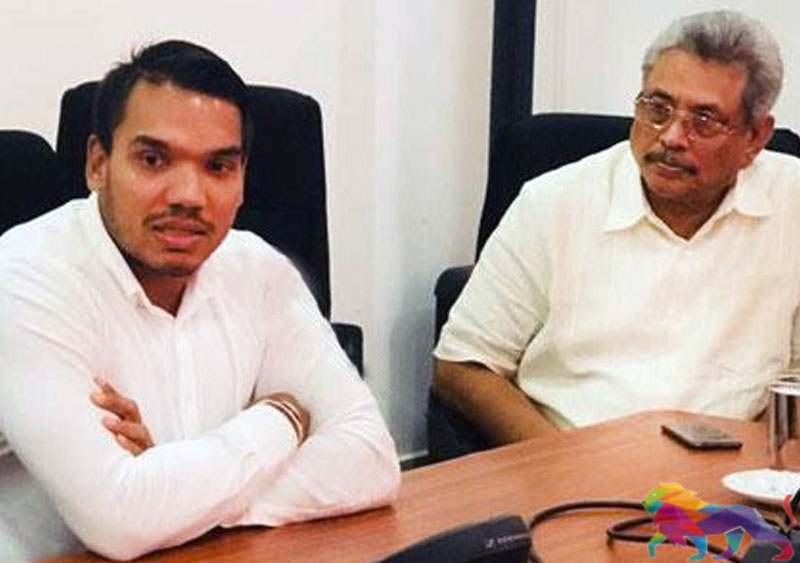 President Gotabaya Rajapaksa has rejected a request made by Sports and Youth Affairs Minister Namal Rajapaksa to allow defeated former MPs Niroshan
Premarathna of the Matara District and Padma Udayashantha Gunasekara of the Monaragala District, to come to parliament through the National List.

Although it is the policy of the government to not bring back defeated candidates from the national list, Minister Namal Rajapaksa has requested the President to consider this as a special circumstance.

However, the President has pointed out that breaking policies that were promised to the public, regardless of the circumstances, will be a bad precedent and could erode public confidence in the government.

Both Niroshan and Udayashantha were active members of the Joint Opposition who fought against the former good governance government since the defeat of Mahinda Rajapaksa in 2015. They are also members of Wimal Weerawansa's National Freedom Front (NFF).

Namal fighting on behalf of 53!

At a media briefing a day before Namal Rajapaksa was sworn in as a Minister (August 11), he said that those who had helped his father in 2018 should be given ministries.

Namal pointed out that after Mahinda Rajapaksa's defeat in 2015, he would stand by the 53 members of the Joint Opposition who stood by his father.