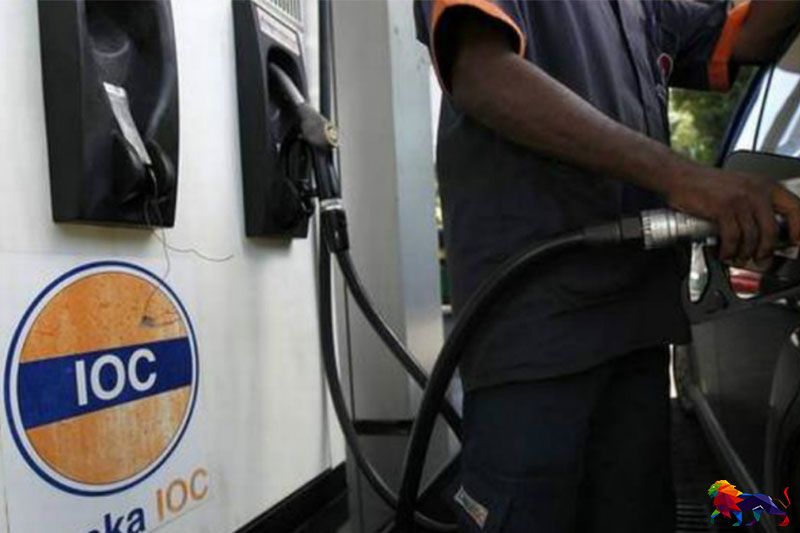 Failure to take advantage of the decreasing crude oil prices in the world market and pass the benefit to the public by reducing the prices in the domestic market has allowed the Indian Oil Company (IOC) to amass billions of rupees in additional profits.

The Indian Oil Company (IOC), one of two suppliers of fuel in the country, has raked in billions of rupees in profits due to the failure of the current government to take advantage of the decreasing global crude oil prices, which have hit a historic low in recent times.

The government has not reduced the domestic fuel prices as it needs a much needed capital injection to an economy that has been plagued by reckless and short-sighted polices that have deprived the treasury of income. The failure to reduce the fuel prices and allowing the IOC to rake in billions in additional profits have led to suspicions in economic circles.

The suspicions have fueled the allegation that certain members in the present government could be getting a 'commission' from the company to be used for propaganda purposes in the upcoming general election.

The last time the fuel price formula was implemented in September 2019, the price of a barrel of Brent crude in Singapore was USD 65 and the fuel prices that were adjusted to reflect the Brent crude rate is found below.

Accordingly, the IOC sold a litre of 92 octane petrol for Rs.137 and a litre of auto diesel at Rs.104, while maintaining maximum profit margins.

However, crude oil prices in the world market have dropped by less than 30% in recent times. In September 2019, the price of a barrel of Brent crude was USD 65 but it has been drastically reduced to USD 45 by earlier this week.

Former Finance Minister Mangala Samaraweera said in a statement recently that if the government is genuinely interested in providing relief to the people, it is possible to reduce the price of a litre of petrol and diesel by Rs. 20.

However, the both the government and the IOC have failed to take advantage of the decreasing oil prices and pass the benefit to the consumers.

Govt. opposes the reduction in prices

Meanwhile, the Ceylon Petroleum Corporation (CPC) said that there will be no change in the price of fuel.

CPC chairman Sumith Wijesinghe said that before the fuel prices can be reduced, there needs to a be a proper mechanism in place that would allow them to directly pass any benefit of decreasing oil prices in the world market before reducing oil prices in the domestic market. He pointed out that without a proper mechanism in place, the public will not be able reap benefits of price fluctuations in the world market.

Wijesinghe further said that the CPC has been able to make a profit since mid-February due to the crude oil prices in the world market.