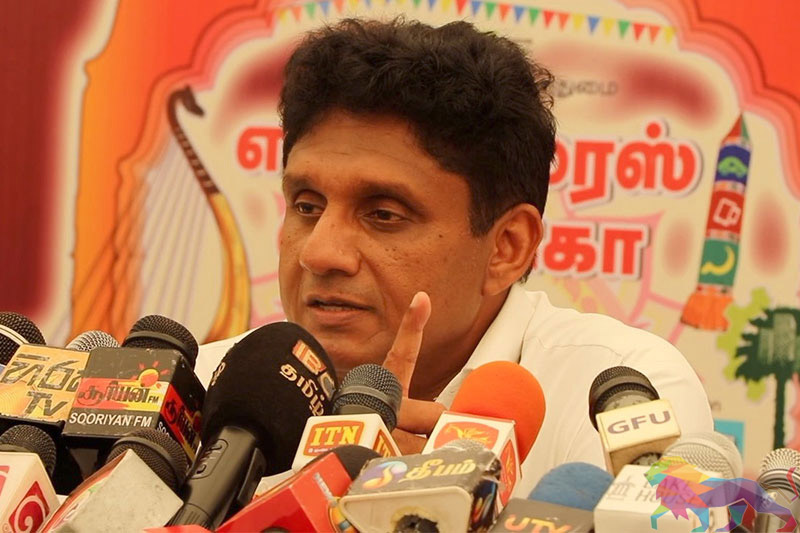 United National Party (UNP) Deputy Leader, Minister Sajith Premadasa says that maximum power devolution within a united and indivisible state would resolve the issues faced by the country and bring about political, economic and social empowerment.

Premadasa made this observation while addressing a media briefing in Jaffna after attending the Enterprise Sri Lanka national exhibition yesterday (9).

Premadasa was the chief guest at the Enterprise Sri Lanka exhibition yesterday.

He noted that maximum devolution was the only solution.

“I’m not a leader who becomes plus when overseas and changes it to negative after returning to the country. I don’t have such double talk,” Premadasa said.

He also said that the UNP is a democratic party and not the fiefdom of any individual or family.