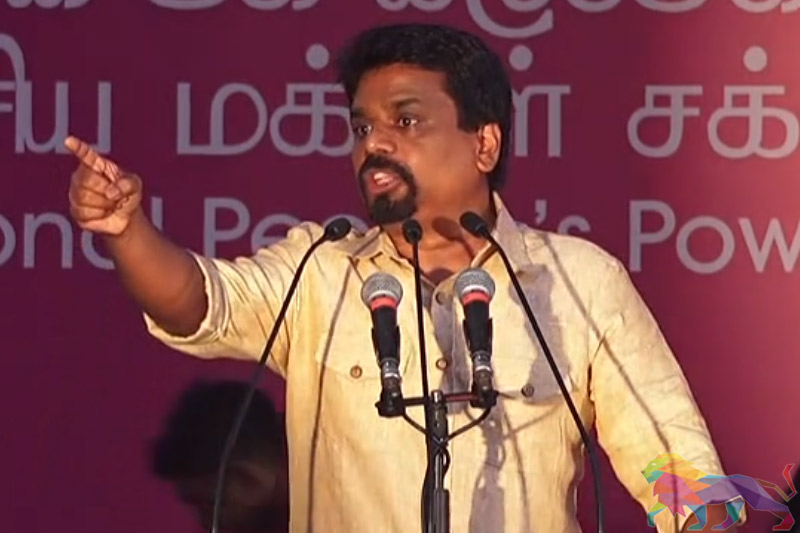 The NPP, which has been formed by the JVP and the civil society forces supportive of it, yesterday (18), announced its presidential candidate at a massive rally held at the Galle Face Green.

Dissanayake addressing the public rally after being named the presidential candidate vowed to the public that he would take every step necessary to build national unity.

“No extremist or racist could ensure public security. They can only increase the security checkpoints outside schools. They can increase the security checkpoints that divide and separate villages. But public security can be guaranteed only by someone who accepts that national unity could be brought about a person who respects the identity of all people, their cultures and languages,” the NPP presidential candidate said.

“We pledge to set up a great human society in our motherland that would bind everyone by their hearts and souls while casting away divisions created on the lines of nationality, gender and caste,” he further said.

Dissanayake further noted that a disciplined society could only be brought up by safeguarding freedoms including the freedom to think freely and hold free thoughts.

He observed that an economy that strengthens national production would replace the destructive economic policies practiced for the past 71 years.

“I promise not to betray at any cost the faith and trust kept in me by the people’s power and the general public,” Dissanayake noted.

The presidential candidate also called on the Sri Lankan public to join forces to defeat the outdated and destructive path that is being taken at present and to build a new path that would bring happiness, prosperity and freedom to the people of Sri Lanka. 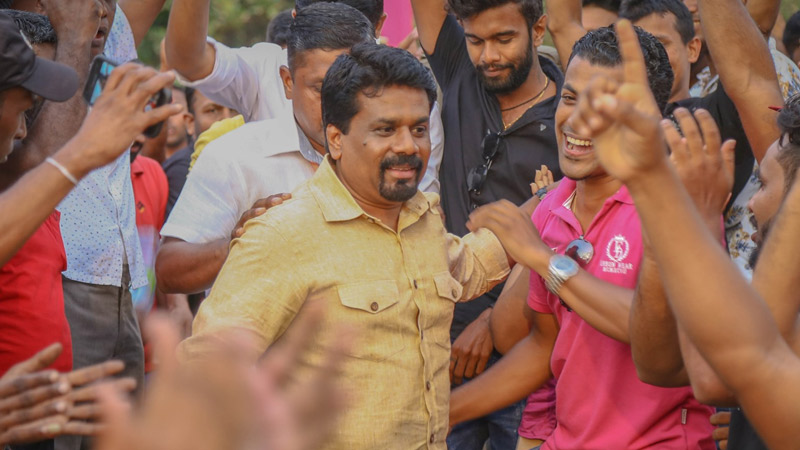 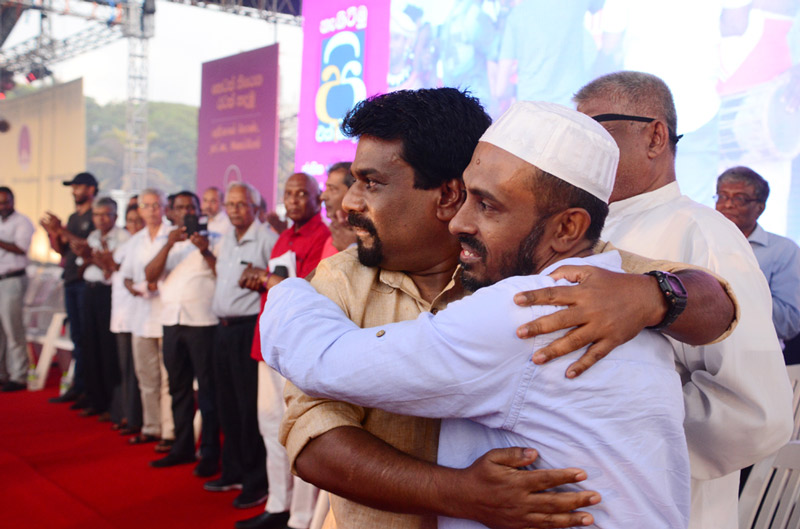 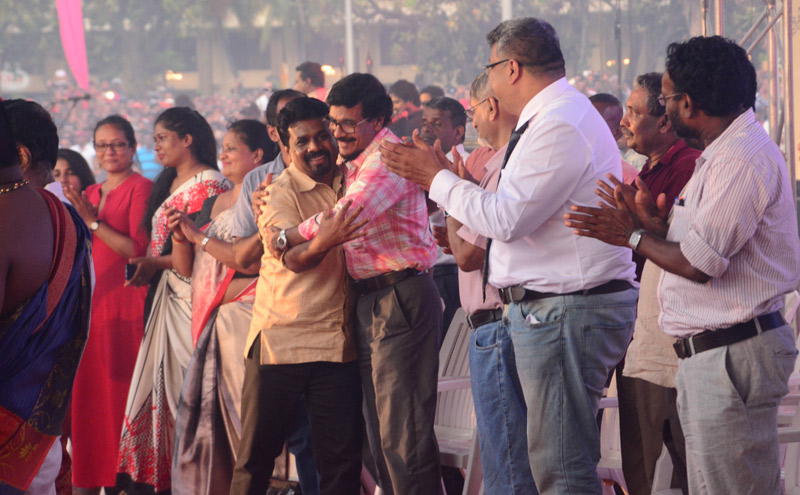 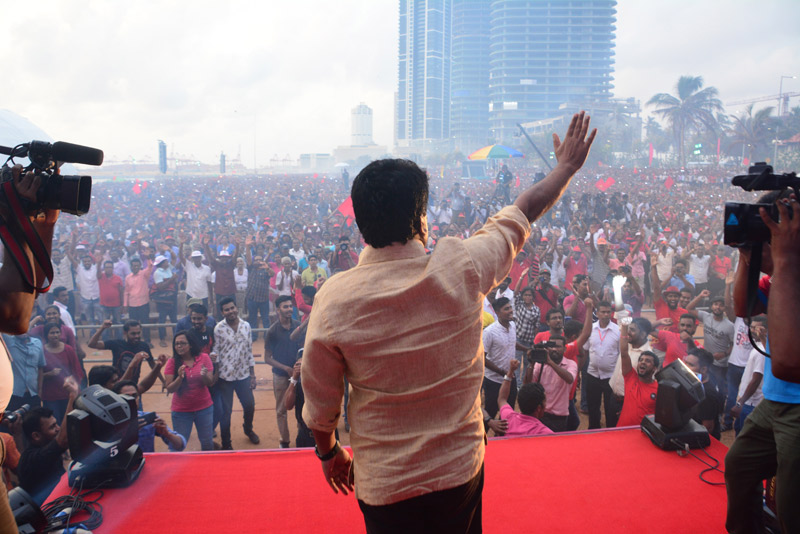 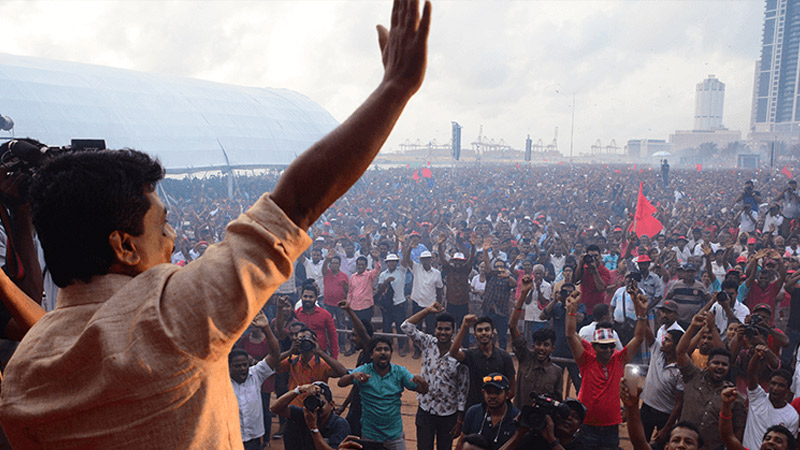 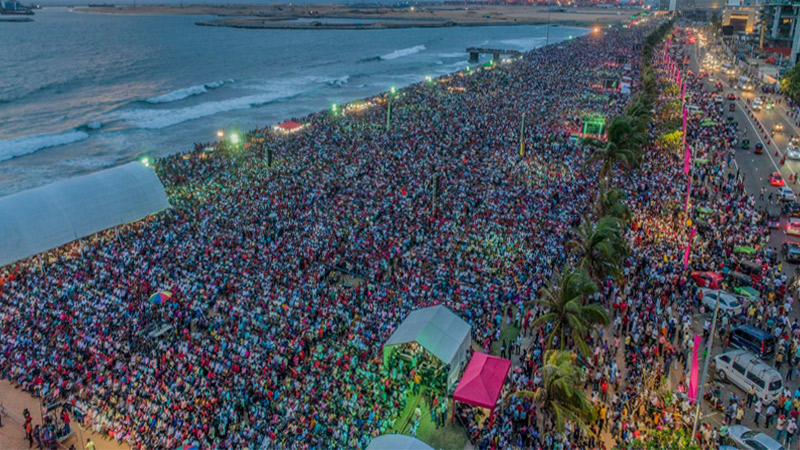