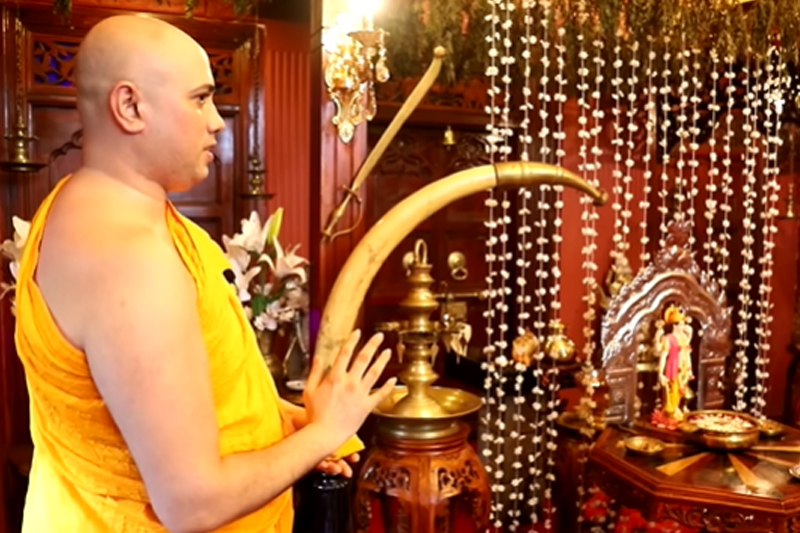 A Buddhist monk presently under arrest for aiding in the massive financial fraud committed by Thilini Priyamali had lured people to deposit their money with her, the CID informed the Colombo Fort magistrate’s court yesterday (02).

Borelle Sirisumana Thera had gone to the home of one of the complainants against Priyamali and made predictions about the benefits he would gain by investing with her.

Lured by the monk, he has entrusted the woman with Rs. 750 million he had collected by selling his vehicles, land and other assets, for investment in various businesses.

At the same time, the monk has received money and valuable perfumes from him.

The court took up the case against Priyamali and Isuru Bandara, who were produced for the hearing via skype, while the monk was present in person.

All three were remanded until November 16.