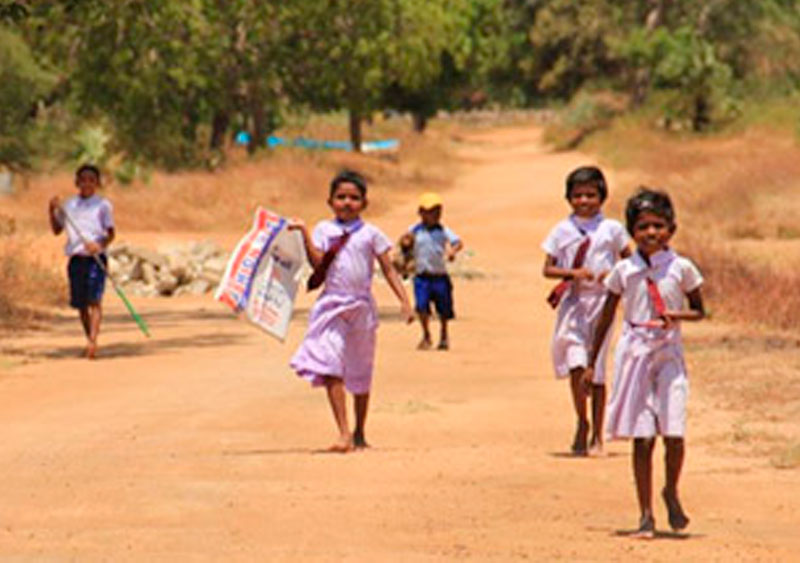 The deepening economic crisis is forcing people to make heartbreaking choices between going hungry, buying life-saving medicine, or finding the money to send children to school.

A needs assessment conducted by the International Federation of Red Cross and Red Crescent Societies (IFRC) in 11 of the country’s 25 districts has found that 96% of the more than 2,900 households surveyed have been affected by the current crisis in some way—with food insecurity, health, livelihoods, and nutrition among the top concerns.

Deteriorating physical safety and security, as well as violence against women and children, stood out.

The report uncovered worryingly high problems of access to food, either because of high cost, income stress or lack of availability.

Runaway inflation and loss of livelihoods have doubly impacted people’s ability to cope with the record cost of living.

Income loss is causing significant food insecurity, while inflation is driving up the cost of medicine and fuel costs are preventing access to essential healthcare.

The report gravely warns that without immediate humanitarian interventions, the impact on communities is likely to be long-lasting and cumulative.

Director General of the Sri Lanka Red Cross Society, Dr Mahesh Gunasekara, said: “We work on the ground and at the heart of communities. We hear the most heart-wrenching stories of loss of hope and gripping fear for the future. Life for them is like losing the battle for survival; for single women with children, people living with disabilities, the elderly, casual labourers, and fishermen.

“The most vulnerable need our help now so they can get through the worst of the economic crisis. We need to act to ensure lives are saved and restored.”

Speaking on a visit to Colombo to meet affected communities, the Government and the diplomatic community, the Regional Director, Asia Pacific of the International Federation of the Red Cross and Red Crescent Societies, Alexander Matheou, said:

“The report provides first-hand evidence of how the most vulnerable people, who are already under the poverty line, are being driven further towards despair. As a result, people are resorting to borrowing heavily, eating less food and fewer times per day, pawning valuables and assets, and using other survival strategies just to scrape by.

“Our main priorities remain meeting humanitarian needs at its worst. Unless this is done effectively and quickly, people who are struggling now will find themselves on a demeaning pathway to destitution from which there is no escape. The time to act is now.”

To meet the country’s spiralling needs, the IFRC has launched an Emergency Appeal for urgent humanitarian assistance for 28 million Swiss francs in support of Sri Lanka Red Cross.

In line with the IFRC appeal, the International Committee of the Red Cross (ICRC) supports the Sri Lanka Red Cross to respond to the humanitarian issues arising from the economic crisis with a focus on providing medical equipment to the healthcare system and economic assistance to vulnerable people.

Meanwhile, Sri Lanka’s 70% inflation is hitting its peak as crippling shortages ease and bailout funds look within reach, yet it’s far from putting the central bank governor at ease.

“We think we are seeing the peak of inflation,” central bank governor Nandalal Weerasinghe said in an interview with Bloomberg in Colombo on Thursday.

“There’s still some way to go,” he said on fixing the island nation’s economy and its finances.

The governor, a career central banker who six months ago raised the policy rate by a staggering 700 basis points as among his first acts to stabilize a nation rocked by a debt crisis, said the monetary authority’s rate decisions will remain data driven and forward looking.

The central bank has paused after 9.5 percentage points of hikes this year that took the key rate to 15.5% as inflation bolted to become Asia’s fastest.

“It will be turning around and if that is lower in October, as we expect, then we can see that trend will continue,” he said of the price gains.

“We need to assess not only the inflation number, but the outlook - the expectations, monetary expansion, the growth outlook and also level of reserve and exchange rate policy,” Weerasinghe said on the policy rate, giving no clue whether the central bank will go on an extended pause on rates.

The government has made some progress in restoring the health of the $81 billion economy, with basic goods like food and fuel becoming more available while authorities relentlessly pursue debt restructuring.

A deal with creditors is key to receiving the International Monetary Fund’s $2.9 billion bailout, and unlock more funding.

Sri Lanka plans to engage again with lenders within the next two weeks to seal a deal that would make debt sustainable.

The nation has about $12.6 billion in outstanding bonds owed to global funds; it owes roughly an equivalent amount to bilateral creditors and multilateral lenders.

The island nation’s economy faced its worst economic crisis since its independence as a debt default and political turmoil hammered finances and also led to paralyzing shortages.

Sri Lanka’s stocks, currencies and bonds went into a tailspin earlier this year.

Output shrank the most in two years in the April-June period and is expected to stay the course in the current fiscal year.

The nation was now in a situation where it can manage “without new additional bridging finance until we go to the IMF board.

This is why we think we have done our part,” he said.

Weerasinghe doesn’t want the crisis dragging for “too long” and his priority is “to provide for essential imports for the people.”

The nation’s forex stockpile rose to $1.78 billion at end-September, from $1.72 billion the previous month. Additional financing is needed to build up reserves, he said.

“The signals are that China is ready to support Sri Lanka,” the governor said on debt restructuring.

“We still don’t know in what way what kind of stance, as an important creditor, or kind of treatment they would like to offer us. At a technical and higher political level, dialogue is going on”

“Going forward we want to make sure that nobody can change the monetary policy framework depending on the governor's or any individual’s thinking,” he said, saying that a shift to a fixed exchange rate in the past led to the deterioration in reserves.

“This is where we lost our control and then inflation went over the roof.”