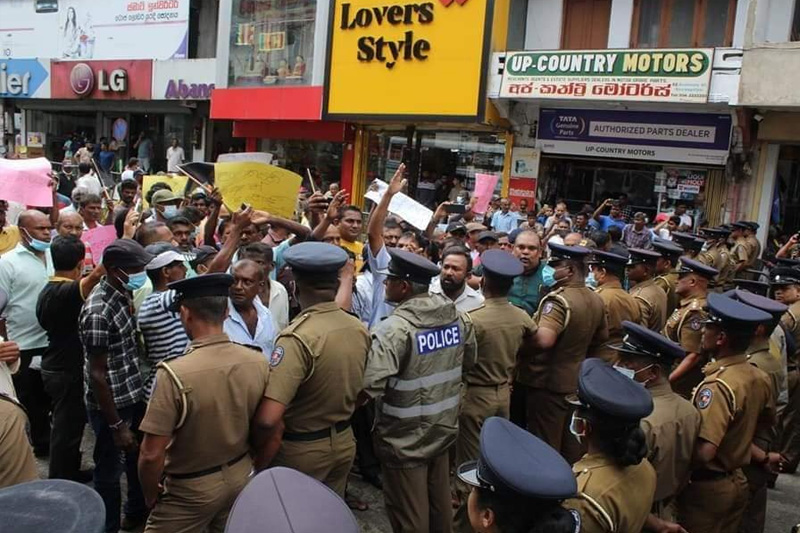 Fifteen protestors have been arrested in Nawalapitiya town as former president Mahinda Rajapaksa was to lead a SLPP public rally there under the theme ‘let’s rise up together.’

The agitators from the SJB blocked the road to Kotmale and demonstrated against the escalating cost of living.

Police used loudspeakers to order them to disperse as they had not obtained prior permission to hold a protest.

The arrestees, including the SJB’s organizer for the area Sasanka Sampath, were due to be produced before the Nawalapitiya magistrate’s court. 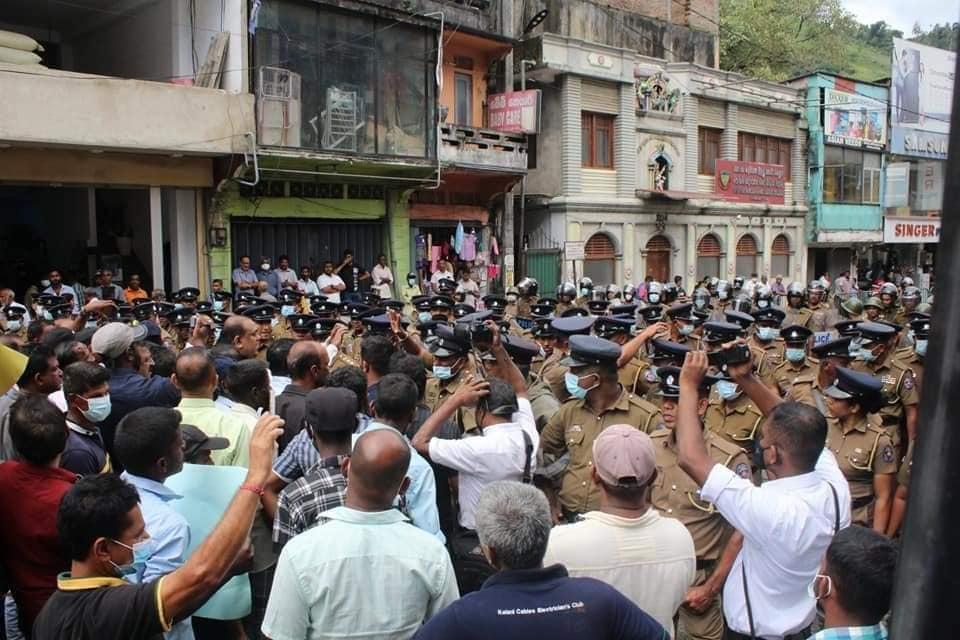