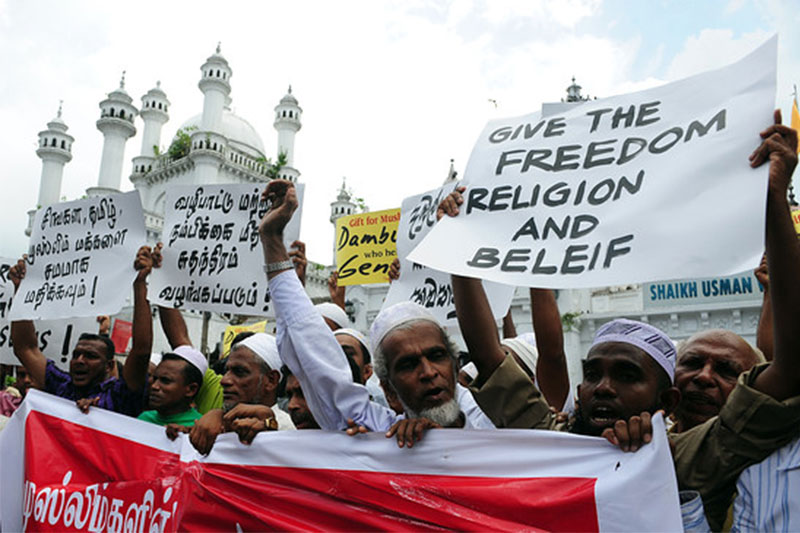 Sri Lanka has become more fragile, fractured and polarized following the Easter Sunday bomb attacks as the country’s Muslims are harassed and subjected to violence by mobs of Sinhala Buddhists who form the majority of the island’s population.

Although those targeted by jihadist violence on Easter Sunday were the island’s Christians, it has been Sinhala Buddhist mobs led by saffron-clad Buddhist monks that have been at the forefront of the ongoing attacks against Muslims. The Easter Sunday atrocities have simply served as a convenient excuse to revive the anti-Muslim violence that plagued the island in 2014 and again in 2018.

In the wake of the Easter Sunday carnage, hundreds of Muslims have been arrested under the Prevention of Terrorism Act, which gives sweeping powers to the police to arrest and detain civilians without a warrant or evidence. On May 23, the Sri Lankan newspaper Divaina, known for its pro-Sinhala Buddhist nationalist stance, published a front-page article alleging that a Muslim doctor secretly sterilized 4,000 Sinhala Buddhist women. Two days later, despite the absence of any evidence to support this wild allegation, the doctor, Segu Shihabdeen Mohamed Shafi, was arrested. The police then took the unusual step of calling for evidence after the arrest.

The executive director of the International Centre for Ethnic Studies (ICES), Mario Gomez, fears that such actions by state forces will lead to the radicalization of Muslims.

Events certainly have gained a momentum of their own with several Muslim properties being destroyed by marauding mobs.

In late May, a Buddhist monk, Athuraliye Rathana Thero, called for the two Muslim provincial governors and a Muslim government minister to be sacked on the unsubstantiated grounds that they were linked to the Easter Sunday carnage. Another Buddhist monk, Galagoda Aththe Gnanasara, head of the hardline Bodu Bala Sena (BBS), or “Buddhist Power Force,” threatened to escalate the protests if these men were not sacked.

For the first time, the Muslim leadership acted decisively – all government ministers and the two provincial governors handed in their resignations in protest. Rauff Hakim, a senior member of the cabinet and leader of the Sri Lankan Muslim Congress (SLMM), a partner of the government, was forthright in articulating that the action was taken in order to not capitulate to xenophobic forces and force the government to contain them. What was unsaid was that the government of which he was part was complicit in allowing anti-Muslim violence to continue. It was clear that the mobs had the support of high-ranking government officials, members of the police and security forces who had turned a blind eye when the mobs were attacking Muslim property – mosques, homes and shops.

The state’s complicity became blindingly obvious when In the midst of the ongoing anti-Muslim violence, Galagoda Aththe Gnanasara Thero, the head of BBS, who had been imprisoned for six years for contempt of court, was pardoned by Sri Lanka’s president on May 23 and allowed to continue with his hate speeches instigating anti-Muslim violence.

Rauff Hakim’s demand that xenophobic forces be contained is unlikely to be heeded as giving into “minority demands” will only strengthen the hands of the opposition. This is because Sri Lanka’s post-colonial history has been shaped by an ideology that seeks to promote Sinhala Buddhist hegemony and any party seen to be “soft” in upholding this ideal is at a disadvantage in the next elections. With the Asgiria prelate’s order in place, the government is unlikely to take any measure to contain anti-Muslim sentiments or actions.

Between independence in 1948 and July 1983, mob violence was frequently unleashed against the Tamils of the island to contain their demand for self-rule as this was thought to undermine Sinhala Buddhist hegemony. More to the point, any sitting government’s effort to seek accommodation with the Tamils was seized by the opposition as a sell-out, a move actively supported by the  Buddhist clergy. The unprecedented level of violence unleashed in July 1983, since known as Black July, resulted in a mass Tamil uprising, plunging the country into a civil war that was put down with genocidal brutality 26 years later.

Sri Lanka’s Muslims, although disadvantaged by the Sinhala Buddhist hegemony that was integral to Sri Lanka’s majoritarian rule, sought to manage the situation not by demanding rights but by joining both major political parties and obtaining concessions for their community. This was an acceptable arrangement for both Sinhala-dominated political parties, the center-left Sri Lanka Freedom Party (SLFP) and the right-leaning United National Party (UNP). The Muslim leaders delivered Muslim votes en bloc to their parties and were, in turn, offered positions in government. Later on, this en bloc vote was delivered not along party lines but largely through a party of their own, the Sri Lanka Muslim Congress (SLMM). The SLMM helped form a government by joining the party that was likely to provide the most benefits. The SLMM was not constrained by leftist, centrist or rightist ideology. During the war between the Sri Lankan state and the Tamil people, the Muslim community, although Tamil-speaking, took a position in line with the Sinhala-dominated state. This strategy helped the community survive the war and even prosper.

Despite the Muslim community’s non-confrontational, subservient and ingratiating approach, it had earned the wrath of Sinhala Buddhist nationalists, who believed that this community had also become a threat to Sinhala Buddhist supremacy on the island.

Whereas the Sri Lankan state’s anti-Tamil actions, both legislative and administrative, were based on the notion that they were disproportionately represented in the public service and universities, the anti-Muslim sentiments are the product of a premise that Muslim population growth is much greater than that of the Sinhala Buddhists and could erode Sinhala Buddhist hegemony. Additionally, it is believed that Muslims hold more economic power than is warranted by their population, that they are trying to convert people, and that they are an alien group that has not integrated with mainstream Sri Lanka.

Driven by notions of hegemony, apprehension and triumphalism, Sri Lanka’s Buddhists may resort to further violence pushing the Muslims into violence of their own that may well break up the already fragile polity that Sri Lanka is. 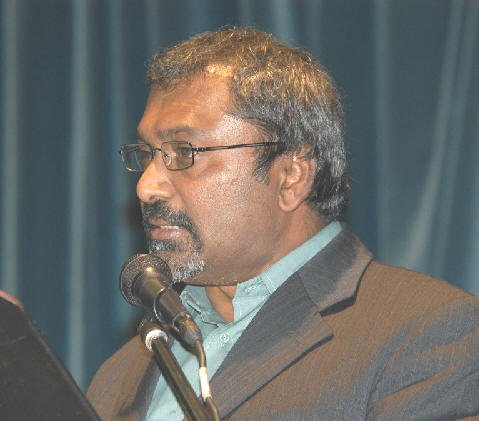