You can only have a foreign exchange shortage if you're trying to fix the price of that foreign exchange. A government that doesn't know this … well, perhaps we shouldn't be all that surprised that they're also having problems with debt.

For example, they decided that the entire country's farming sector should go organic. Well, okay, that can be done — but then they were astonished at the idea that there was less food being produced.

The same is true of foreign exchange. All that needs to happen to have as much foreign exchange as is desired is to change the number of Sri Lankan rupees they're willing to pay for it.

Or as we, who have read our economic textbooks, can point out, you can fix the price of something but not the quantity, or the quantity but not the price. If you try to fix both, then you'll get none at any price.

A government that doesn't know this … well, perhaps we shouldn't be all that surprised that they're also having problems with debt. They borrowed more than they can pay back and it's not hugely difficult to understand why people aren't willing to lend them even more.

So, we know all of that and the Sri Lankan government seems not to. Which does mean that we are more qualified to run Sri Lanka than that government is, but unfortunately that's not how international affairs work out. Fun as the concept of Bangladesh acquiring a colony is, they don't let us do that sort of thing any more. 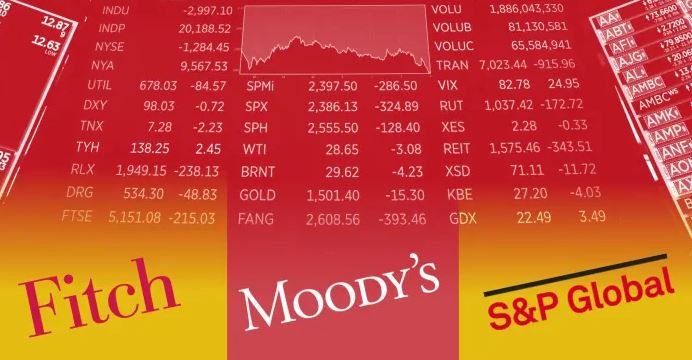 Sri Lanka is complaining about how the bond and debt ratings companies are making things more difficult. PIC : FT.com

However, there is something a little more subtle here too. Sri Lanka is complaining about how the bond and debt ratings companies are making things more difficult.

S&P, one of the three major credit rating companies, dropped their estimation to what is effectively junk. It's a great big red warning sign saying: “Don't Lend Here.” Or at least that's the way that the Sri Lankan government is taking it and that's not really true.

It is true that certain investment funds cannot invest in bonds that are labelled junk. But there are plenty more that can. All this official announcement does is change that technical matter at the margin. There's still plenty of money out there if the price was right.

It's exactly the worry that people won't lend more, to pay off the old borrowings, which makes Sri Lanka risky to lend to. S&P is just registering this fact rather than causing it.

The effect of this is important, for it means that it's not the credit rating agencies that are causing Sri Lanka's problems. They are noting the problems, yes, perhaps even broadcasting them, but they're not creating them. The Sri Lankan government is doing that all by itself with its own economic policies.

And let's be honest about this, complaining about someone else noting your mistakes isn't very grown up, is it? But that is what the Sri Lankan government is doing.

*Tim Worstall is a senior fellow at the Adam Smith Institute in London. The article was first published on Dhaka Tribune.