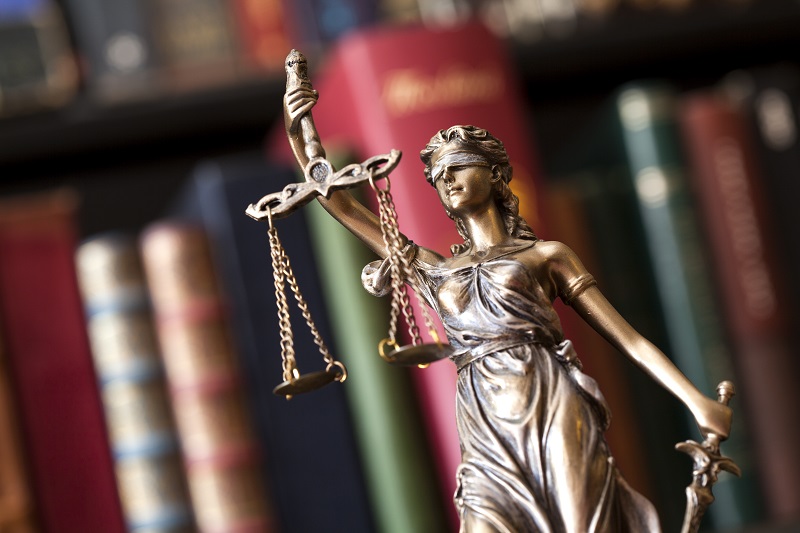 A guy enters into two prisons with a gang of his friends. In one of the prisons he threatens a group of prisoners undergoing trial by placing his pistol on the forehead of one.

He tells them what they should do about their case. Inside another prison he wants his friends and himself to take a look at the gallows, to please his appetite for fun in the evening….

The prison guards facilitate his entrance and watch this drama unfold with no attempt to stop him or protect the prisoners.

Despite a national outcry about this incident (which has generated shock and anger), this guy is still quite free. He goes about without any hindrance attending to the affairs of State. He circulates in the company of the elite who rule the country.

This guy’s behavior violates everything in the Penal Code, the Criminal Procedure Code and the many other laws for the administration of prisons and protection of prisoners.

These acts also affront the basic legal norm which is a foundation of all Law, including Criminal Law. Note, that the Courts are the guardians of the rights of people, particularly people in prison by Order of the Courts.

Why do all these law books matter? This is a far more disturbing question than even the acts of this guy. The Criminal Law of the Country is governed by the Penal Code and other statutes which create various offenses.

The Criminal Procedure Code laid down rules about the investigations into these crimes and the manner in which those who are alleged to have committed crimes should be dealt with. In particular when there is sufficient evidence to demonstrate that the allegations against them appear to be true.

The entire Criminal Law Administration is an exercise in which certain acts are treated as punishable offenses. A crime therefore becomes a meaningless word if it is not followed by the necessary actions that the Law has laid down to be enforced when such a crime is reported.

If a crime is committed, and it is reported, and the alleged criminal is left outside the law, then that is not merely an abuse of power. It makes the whole process of declaring certain acts as crimes, a meaningless affair.

The above-mentioned incident is just one of such happenings. The laws in the statute books relating to crimes are demonstratively being relegated into matters that are irrelevant. The list of such cases which have taken place in the not so distant past could fill up volumes. In all instances, the declarations of acts as crimes and the enforcement of those declarations or statutes have an enormous gap between them.

It virtually conveys the message that under normal circumstances these Statutes do not matter. The appearance that these declarations about crimes through various statutes matter, is shown by a random example. It keeps up the show rather than create any convincing argument that there is a legal system that one needs to respect and fear. Each reader can imagine for his or herself the long list of things from among those matters that are reported in the public arena. The impression that the Criminal Law need not always be enforced is illustrated.

The question that is really worthwhile to ask is why such a situation has come about in Sri Lanka? There are various ways of approaching that question. One argument could be that defining crimes and punishing crimes is not really a worthwhile exercise. And, we Sri Lankans can develop a very unique method of not having any crimes being recognized within our country. That is not a question of a crime-free country! Rather, it is a country where nothing is considered a crime. Is that the ideal that the nation is pursuing?

Although, from the theoretical standpoint, such a situation can be described as absurd and ridiculous, the actual situation of the country comes very close to that. The only difference is that there are books which declare certain things as crimes. Therefore, abstractly speaking, Sri Lanka has not come to the point of openly declaring what its actual policy is regarding crimes. The gap between the concerted manner in which the crimes are not considered crimes and the declarations found through various Statutes, are going in two completely different directions.

This situation is like a new kind of philosophical form. What it says is: ignore what is in the written laws as they are not the way by which we govern ourselves. Continuing, it says that we have, by our concrete practices, developed another set of principles. Our actual practices are based on those unwritten practices. It says that if you break these unwritten practices, you may be punished!

One may go on to ask, why has such a situation arisen? The answer once again is judged by the factual ways these problems are dealt with. These written laws are an obstacle to the manner in which we think progress should be achieved in the country. In other words, strict practice of Criminal Law and the laws of Criminal Procedure are seen as obstacles to the manner in which the exercise of power is being envisaged. That lawlessness is a better situation to achieve than that those in power want to achieve. Abiding by the written laws of the country, is in fact, a way of getting oneself undermined in the proper exercise of power. Power then virtually becomes the predominant philosophy relating to the Criminal Law in the land.

If one goes one step further and asks what justifies that kind of philosophy, then one gets a clearer view of many things that are practically taking place in the country. Obviously, the Law is an obstacle to corruption. But the prevailing underlying philosophy seems to be that allowing corruption is the way to accumulate wealth and create a group of wealthy people in the country. If the Law is strictly enforced, it will obstruct the merging of a group of very wealthy people. And, any obstruction to the emergence of a wealthy group of people by whatever means, is an obstruction against the development of an entrepreneur class in the country.

A country needs entrepreneurs. People who aspire to be entrepreneurs but who do not have adequate funding to exercise that capacity should be allowed to engage in whatever activities they wish. This is so they may accumulate wealth and become a wealthy class within the country. For example, those who are engaged in the drug trade quickly become extraordinarily rich. Being rich in that way cannot be engaged through normal enterprises of running a business and making a profit out of that business. But, the illegal drug trade and other businesses engaging in different fraudulent activities are breaking the rules relating to the operation of the Monetary System. They could create an extremely rich group of people within no time.

Why then waste time? Why a strict enforcement of all these laws, when an absence of laws could create a richer class, who may become the entrepreneur’s in the country? That explains why the various offenses, created to prevent the abuse of the regular financial framework, should be ignored. Rather, an approach where breaking of these regulations could better facilitate the enrichment of people. Of course, the benefit goes only to a few. Note bene, the very nature of those who access the facilities enable them to access financial resources belonging to the State.

Continuing in this vein, the Criminal Law depends on evidence. And evidence regarding financial and related matters are maintained through rigorous forms of legally enforceable regulations. Existence of such regulations or observance of such regulations creates the same obstacle to a quick accumulation of wealth. Therefore, there are means developed to ensure that either the records are not maintained or they could be tampered with.

Recently, a former Health Minister and President of the country, Maithripala Sirisena in a televised interview stated the following. In his time as Minister of Health, foreign donations were received to create mechanisms of virtual facilities. To create such a record keeping system could support everyone dealing with making decisions regarding the purchase of pharmaceutical items et al. He stated that those working in collaboration with some pharmaceutical enterprises obstructed the creation of such a system. Now, in recent times, the public debate is about erasing already existing reports particularly related to the Covid-19 issues regarding various aspects of trade of medical items.

These things are discussed as scandals, whether it be the guy breaking into jails, threatening prisoners, or other matters. It includes dealing with the sophisticated, computerized system of maintaining records. It is the same reasoning that runs throughout. The whole idea of creating crimes in order to prevent certain acts is not a suitable method for the country pursuing certain economic models at the present time.

Nevertheless, the facade of Criminal Law will continue unabated. Now and then a few cases will be highlighted. And in that process, there will be all sorts of ways to get out of criminal liability even after it has become viable.

For example, inducements that have been served on an accused could be withdrawn purely for political or similar reasons, not considered valid under normal laws. Consider this! Very bad investigations could be carried out. Even if the case is brought to Court, ultimately the wording could be set that the case was not proved due to lack of evidence.

Evidence that has not been professionally collected and presented to the Courts then becomes the justification for exonerating the alleged criminals. It could even go further. Even when there is evidence, pressure could be put on the Prosecutors to drop the charges. If worse comes to worse, and the Court convicts the person, the President could intervene at that stage and pardon the person.

AT THE END, CRIMINAL JUSTICE HAS BECOME A ZERO-GAME.

Despite the media reporting scandals over and over and over again, the same process goes on because this is not an accident. It is the pursuit of a particular form of Governance that has become the bedrock foundation of Criminal Justice in Sri Lanka.

*W.J. Basil Fernando is a Sri Lankan jurist, author, poet and human rights activist. He is associated with Asian Human Rights Commission and Asian Legal Resource centre, based in Hong Kong since 1994.