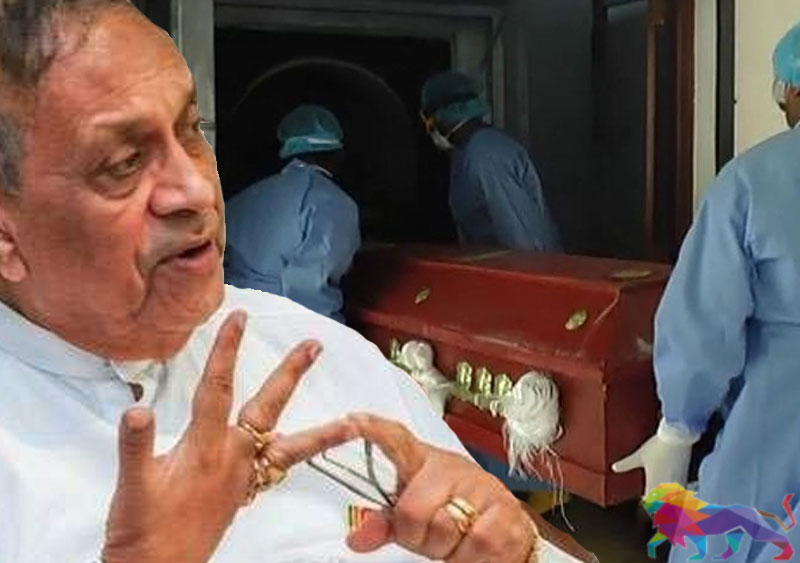 Denying the right of a Sri Lankan to a safe and dignified burial, regardless of their ethnic background,
and to be subjected to enforced cremation or to be forcibly buried in a foreign country, is a great insult to not only the victims but to the entire country, former Speaker and the Chairman of the National Movement for a Just Society Karu Jayasuriya said.

In a statement today (22), he pointed out that any such attempt would only humiliate Sri Lanka in the eyes of the international community.

Noting that the Sri Lankan government has dismissed World Health Organisation (WHO) and United Nations (UN) guidelines with regard to the disposal of bodies, he said the government has the audacity to request the Maldives to facilitate the burials of Sri Lankan COVID victims.

"If we take such a prejudicial stance for whatever reason, it will only alienate our country from the civilised world. The government of Sri Lanka must understand this," Jayasuriya warned.

Jayasuriya said the government's cremation only policy could also end up enabling the further marginalisation of the Muslim communities in the country and may allow extremist elements to target Sri Lanka.

"The long delay in arriving at a final decision with regard to this issue is incomprehensible. In the eyes of the international community, this will only support the notion that Muslims in Sri Lanka are discriminated against. It will also create avenues to various extremist elements that may use this as an opportunity to act against Sri Lanka. This can be identified as many protests have already been organised in several major cities around the world," he said.

While emphasising the importance of making "informed decisions in the name of justice, fairness and humanity", Jayasuriya called on the government to act according to WHO and UN guidelines and to make necessary arrangements to allow for the burial of Sri Lankan Muslims in accordance with their religious traditions.