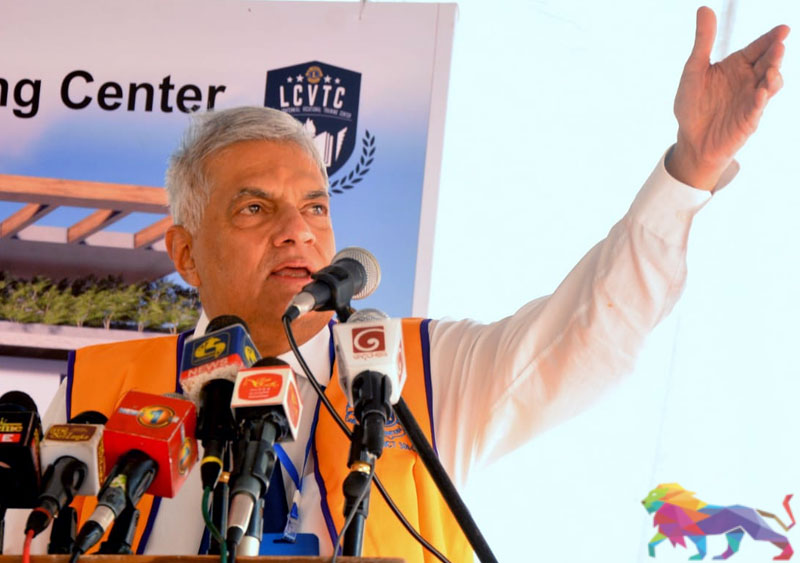 The Leader of the United National Party (UNP) Ranil Wickremesinghe said that the government has not given any support to the joint research by the Dengue Control Centre at
the University of Sri Jayawardene and the University of Oxford to find a cure for COVID-19.

He said that the Health Minister was drinking ‘engine oil’ without inquiring about the tests.

The former Prime Minister was speaking at the ground breaking ceremony of the Rs. 900 million Lions Anniversary Vocational Training Centre in Biyagama yesterday (13) as its chief guest. 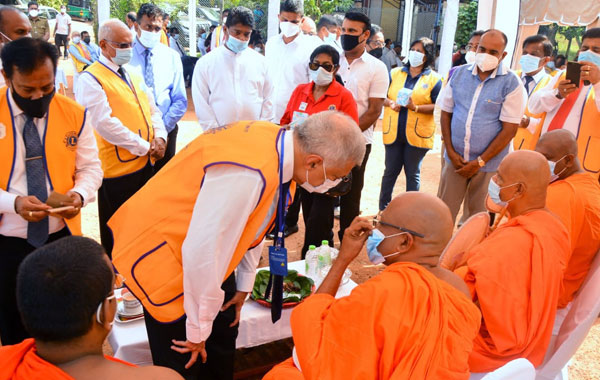 Another wave of COVID-19 soon

The former Prime Minister said that the spread of the corona pandemic has become a major problem in the country today.

“The pandemic has spread to many parts of Colombo. Therefore, we must act with caution.
According to reports, another corona round may be here soon. That is what has happened in America and London, England is about to go for another shut-down.
Even in countries like Europe, Japan, China and Korea this pandemic is returning. Many Christian countries have even banned the celebration of Christmas,” Wickremesinghe said.
He noted that England had predicted that there will be another corona round early next year.
“Even at Christmas, no more than four people are allowed to meet together," he said.

Time to speak the truth

"The plague is not over yet. We must speak the truth about this issue.
Officials are spreading various stories. One official says we are going to close the country. Another says we are going to open the country.
The people have no idea of what is going on. If the country needs to be shut-down, tell the people. Then people will be able to prepare for it.
If the country is opened on certain conditions, say so. Do not change your mind from time to time because people lose faith.
The corona wave is not over yet, and we have to be prepared for it,” Wickremesinghe warned. 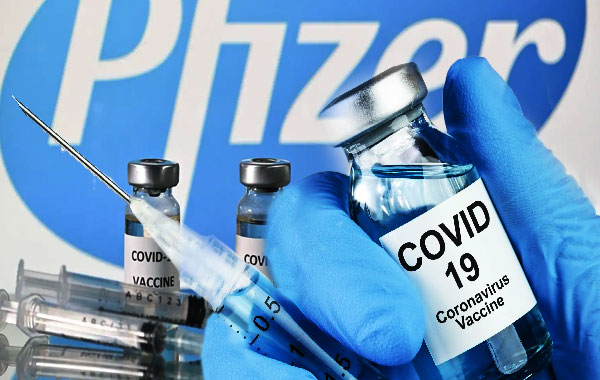 Two patients who received the Pfizer vaccine had fallen ill.

"Many institutions say that vaccines have been discovered, but they are still in the experimental stage and two people in England fell ill on the first day of the vaccination.

Even if the government provides these vaccines for free and has to be purchased and it is unlikely that the corona pandemic will end there. It will take another two or three years to see if these are successful. Billions of people need to be vaccinated.

The vaccine is being manufactured in Hyderabad, India. We need to compare our climate with that of the vaccine. China has also developed a vaccine.

But there is a question of how to keep the vaccine safe. The refrigerator costs around 5,000 pounds. It can store only a thousand vaccines at a time.

It remains to be seen whether a vaccine without such complications can be obtained. People should be made aware of this. Now only certified drugs can be given,” the former Prime Minister said.


What is the Govt. doing?

Wickremesinghe said that research is being done on indigenous medicine in India.

“What has happened in Sri Lanka today? Take various medications.