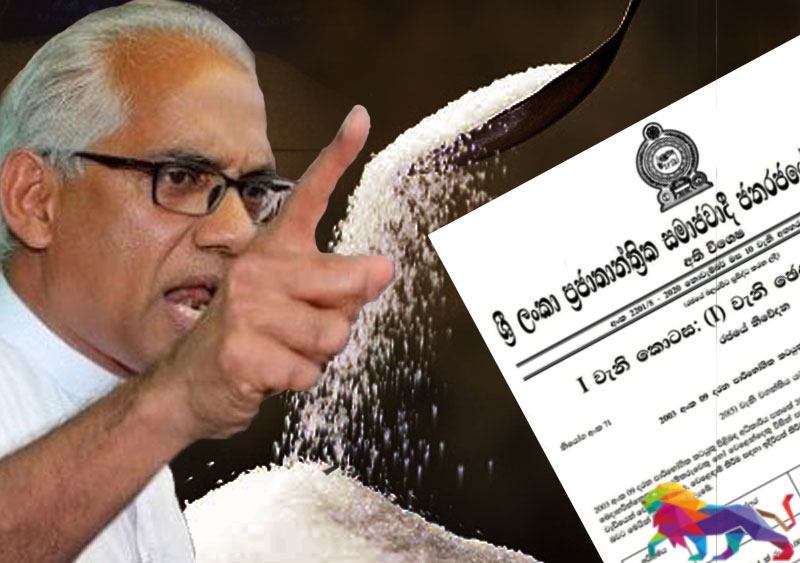 Samagi Jana Balawegaya (SJB) MP Eran Wickramaratne said that although the public didn't receive any relief whatsoever from the controversial reduction of taxes imposed on
sugar, it has caused a loss of more than Rs. 7 billion to state coffers.

"The tax of Rs. 50 that was levied on sugar was reduced to 25 cents in a case of crony capitalism. It cost the government about Rs. 4 billion in taxes on sugar alone. From October 13, the total loss is more than Rs. 7 billion," the former state minister of finance said while participating in the budget debate in Parliament on Thursday.

"Did the public benefit at all from the reduction in taxes?" he asked.

Furthermore, they've already received the resignation letters of the members of the Public Utilities Commission of Sri Lanka (PUCSL).
Commenting further, he said:

"The PUCSL is an independent body established by the Ministry of Power and Energy in 2002 by an Act of Parliament to regulate the process of purchasing electricity.

At the time of the first wave of COVID-19, the public received electricity bills that were four to five times higher than the average price. They were saved from this injustice because of this Commission.

Due to this Commission, it is not possible to increase the price of a unit of electricity arbitrarily.

This means that the PUCSL is an impediment to the electricity mafia and the massive corruption pertaining to the purchase of electricity.

They have obtained resignation letters from the members of the Commission. Now the PUCSL is inactive. Are they scrapping such vital institutions just to benefit a select few companies and crony capitalists?" he inquired.
Exposing the sugar mafia
Addressing a press conference on Tuesday (08), MP Wickramaratne revealed the unscrupulous practices of the sugar mafia in the country.