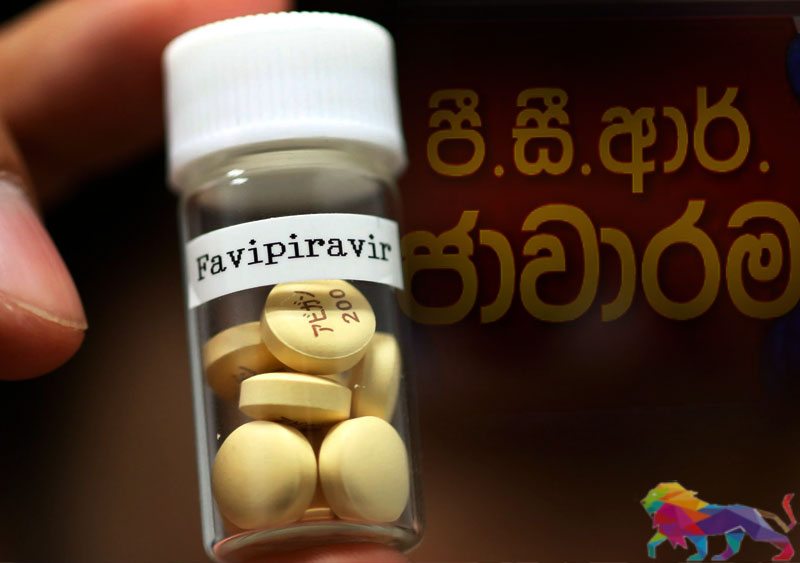 Top officials of the Medical Supplies Division of the Ministry of Health have been summoned to the Criminal Investigation Department (CID) to obtain statements pertaining to a
PCR racket which has been allegedly carried out during the current pandemic crisis, the 'Aruna' newspaper reported.

A senior police officer said that one such senior health official has already been questioned for three consecutive days.

State intelligence has alerted the President that a group of top officials of the Medical Supplies Division has tried to purchase PCR test kits from a German company at a higher price.

Accordingly, the President has ordered the CID to conduct further investigations on the matter.

It has been revealed that despite availability of PCR test kits approved by the World Health Organization (WHO) for a much lower cost, the vested parties in this racket have paid double the amount to obtain these PCR test kits and investigations are underway to find those involved in the racket.
The investigations have uncovered that four top doctors as well as laboratory officials are engaged in this PCR racket.

It has been revealed that they have carried this out using their rapport with the company involved in the racket while accepting benefits from the latter.
'Avigan' back to Japan !
Meanwhile, sources at the Ministry of Health said that Japan has agreed to take back a stock of 'Avigan', a drug that was imported from Japan by the State Pharmaceutical Corporation (SPC) on the recommendation of the Medical Supplies Division of the Health Ministry at the beginning of the COVID-19 pandemic in Sri Lanka.
Although many countries are conducting research and even clinical trials on potential drugs and vaccines for COVID-19, none have been approved by the WHO yet.
Japanese Health Minister Norihisa Tamura in October said that the Japanese government hasn't approved the use of the influenza drug Avigan for patients with COVID-19.
Therefore, the health sector is wondering as to why this drug has been imported to Sri Lanka. 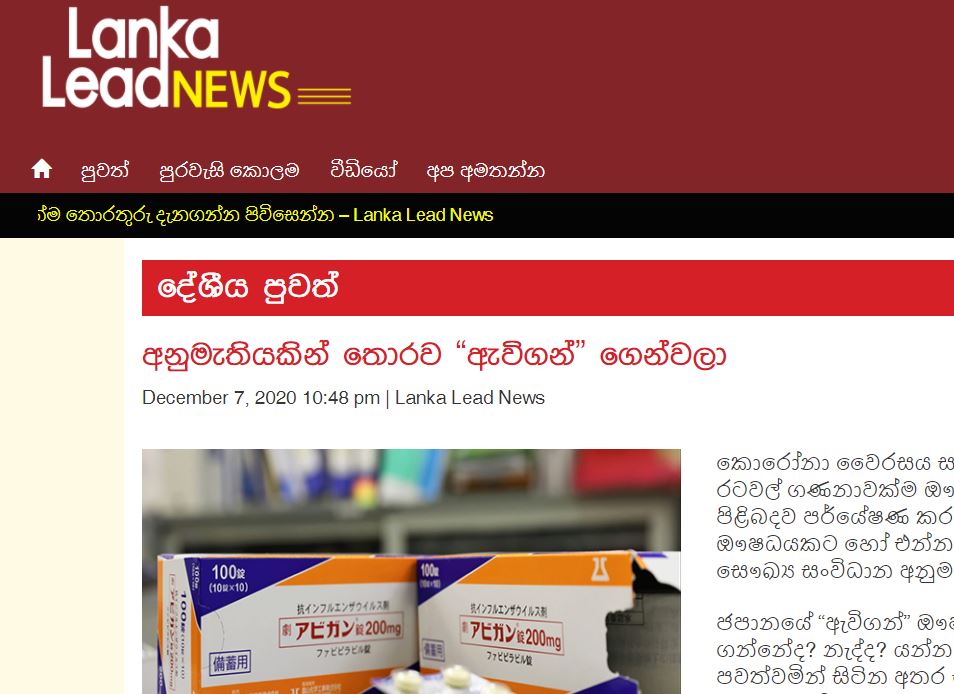 According to the pro-government Lanka Lead News, the drug has been imported without calling for tenders.

Avigan has not received the approval of the National Medicines Regulatory Authority (NMRA), a compulsory requirement when importing a drug into Sri Lanka. Further, it has been released to the market as an anti-influenza drug.
A spokesman for the SPC stated that the drug has been imported only as a sample and that the consignment would be returned as there were no facilities to test them.