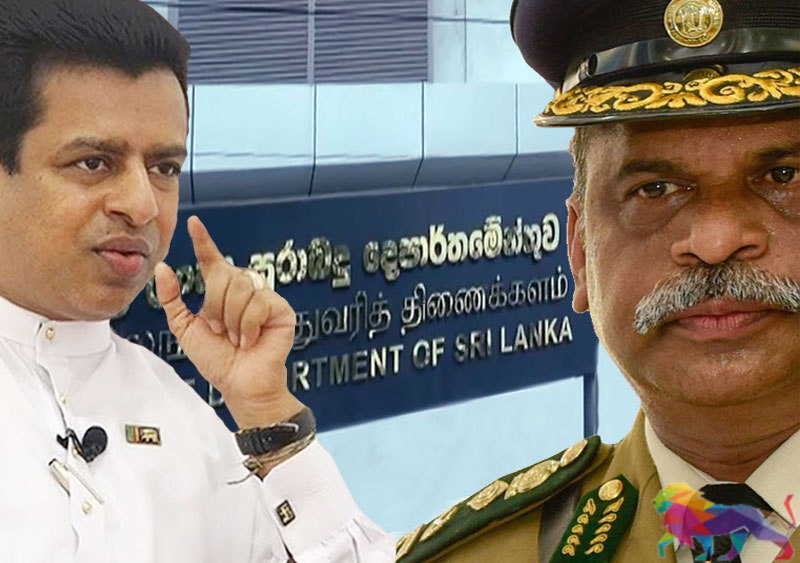 The Commissioner General of the Excise Department, A. Bodaragama, who is slated for retirement soon, has been accused of granting special privileges to several
manufacturers of alcohol products in the past few days as well as attempting to issue a new license to another manufacturing company in an irregular manner.

However, political sources say that the Rajapaksas are now trying to take over the monopoly of alcohol production and that Excise Commissioner General A. Bodaragama has become a pawn in their endeavour.

Samagi Jana Balawegaya (SJB) MP Buddhika Pathirana revealed in Parliament yesterday (02), about an attempt by the Excise Department to issue a new license for the manufacture of alcohol products by passing standard procedures.

Tax evasion rampant among manufacturers!
Pathirana pointed out that although 27 licenses have been issued for the production of alcohol in the country, two of them have been revoked thus far.

The SJB MP said that out of the remaining 25 licenses, 5 manufacturers provide close to 95% of all revenue due to the government while the other 20 licensed manufacturers account for a mere 5% of the revenue.

Therefore, he called on the government to conduct an investigation to see if there was any case of tax evasion. Furthermore, he stated that an application for a special license to manufacture alcohol has been submitted and that arrangements are being made to issue it outside of normal procedure. 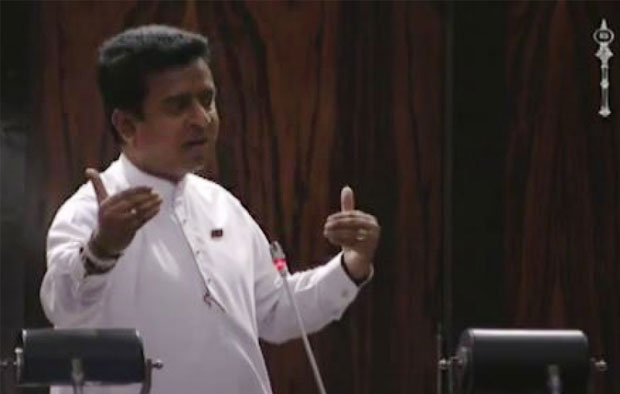 Commenting further, he said that;

"Five are responsible for around 93-95% of alcohol related tax revenue. The remaining 20 manufacturers contribute only 5%.

First, we need to see if there is any tax evasion.

Second, there is an application for a special license. Usually, when a new application is submitted, the Excise Department is required to conduct an examination of the proposed location and obtain public opinion after giving due notice. Attempts are being made to issue the license on or around next Friday without any due diligence.

The application has been submitted to manufacture a local wine. The tax on producing spirits is around Rs. 3,200 per litre, whilst the tax for local wine is around Rs. 900.

You will receive only one-third of the tax due on a litre. Can you find out and investigate? ” the SJB MP inquired.

Responding to this query, State Minister of Finance Ajith Nivard Cabraal stated that he will look into the matter.
Tax on a single bottle of arrack is 68% !
The government usually levies a tax of more than 68% on the price of a single bottle of arrack, but many manufacturers are evading taxes by using their political affiliations, a senior official in the Excise Department said.

However, he noted that Harry Jayewardene's DCSL accounts for more than Rs. 75 billion annually in taxes.

He further said that if the Excise Department takes steps to reduce fraud and corruption, it has the potential to increase government revenue by billions of rupees.