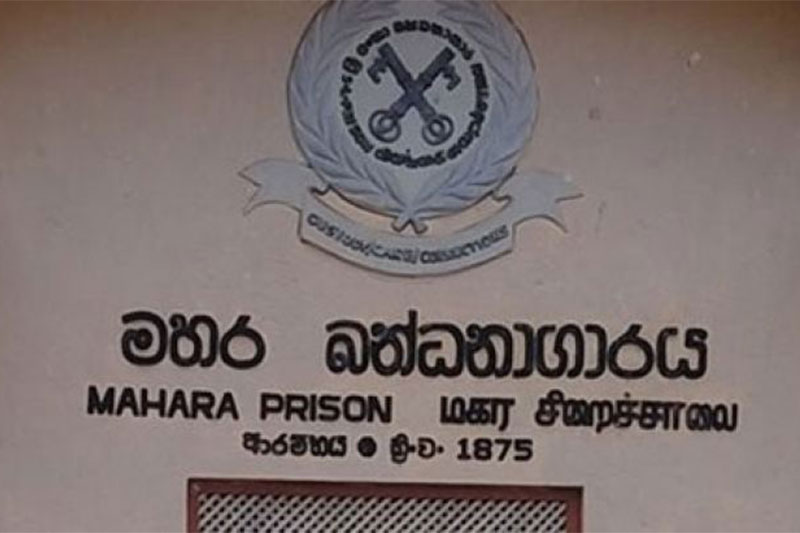 The government's claim that the inmates at the Mahara Prison had consumed drugs which had prompted them to behave aggressively has been rejected by the Sri Lanka
College of Psychiatrists (SLCP).

"During the last few days, there had been a considerable amount of publicity given in the media on the connection between the violent and aggressive behaviour of prisoners and the abuse of the drugs used in psychiatric practice," SLCP said in a statement.

Noting that it was 'most unfortunate' to see how much publicity this received in the media, the SLCP pointed out that there was no rational basis to such claims.
The SLCP said that the drugs used in psychiatric practice in Sri Lanka are also used all over the world and that these drugs are brought under the guidance of regulatory authorities.

Further, they pointed out that psychiatrists have been using these drugs during the last seven decades with great benefit to patients.

"None of these drugs are responsible for violent or aggressive behaviour and in fact, many of these drugs promote calmness and cause mild drowsiness," they said. 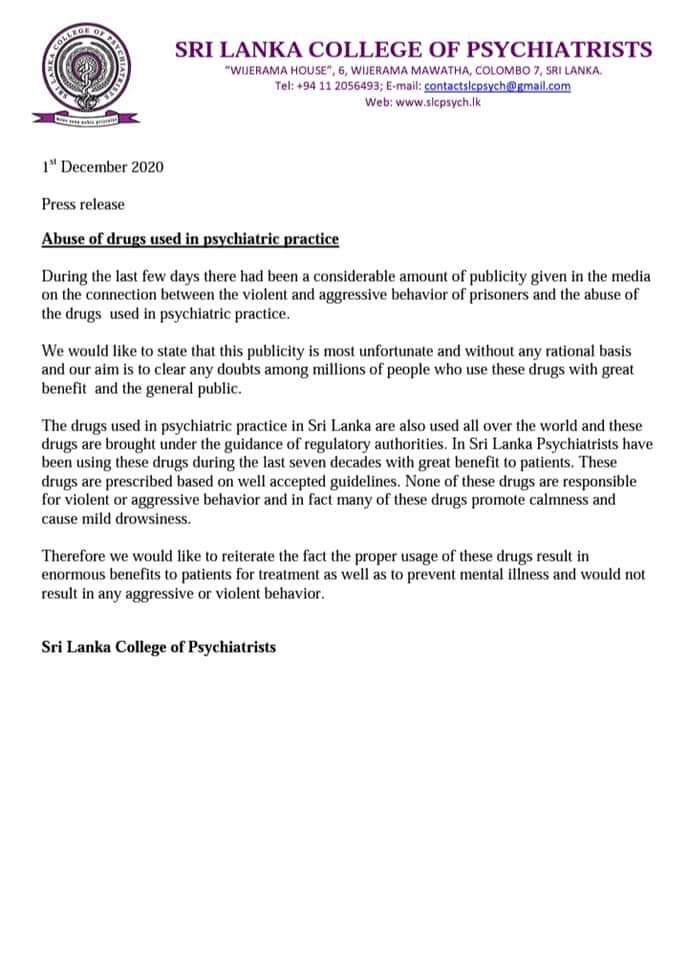