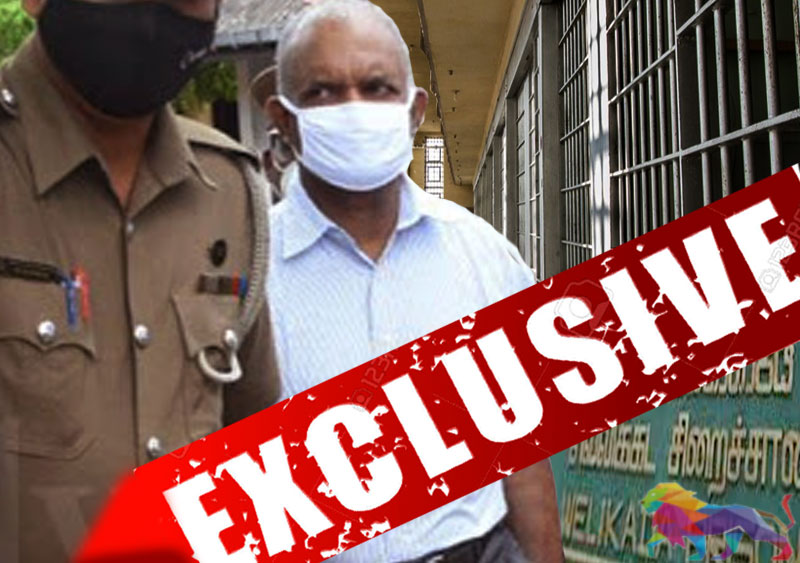 Former Director of the Criminal Investigation Department (CID), Shani Abeysekera, who is currently in remand custody, has reportedly contracted COVID-19.

Despite reports indicating that he was transferred to another location from the Mahara Prison where he was originally detained, his family members are unable to determine his current whereabouts.
However, our sources say that he has been suddenly brought to the Welikada Prison, without allowing him to be examined by doctors at the Mahara remand prison, where he was previously held. Doctors at the Welikada Prison Hospital have recommended the immediate transfer of Abeysekera to the Infectious Disease Hospital (IDH) in Colombo.

Abeysekara is confined in the Welikada Prison Hospital alongside several people he has helped convict for murder, including former MP Duminda Silva. This is the first time that an investigating officer has been remanded alongside a murderer he convicted. Abeysekara's wife has previously written to the Attorney General, IGP, Chief Justice and other senior officials about a plot to murder Abeysekara.
Shani Abeysekera is recognised as one of the best investigators in the country that handled a number of controversial cases.

He was arrested and remanded in July on charges of fabricating evidence in connection to a case that was taken up by a three judge bench.

He has fallen from grace since the election of the incumbent government for his bold conduct of a myriad of high profile investigations of persons with connections to the present political powers.
Pillayan released on bail !
Batticaloa District MP Sivanesathurai Chandrakanthan alias ‘Pillayan,' who was imprisoned in connection with the murder of former Batticaloa District Parliamentarian Joseph Pararajasingam was released on bail yesterday (24).
Batticaloa High Court Judge T. Wigneshwaran released Pillayan and four other suspects on bail.
Parajasingham was killed during the morning service at the St. Mary’s Cathedral, Puliyantivu, in Batticaloa during Christmas Mass in 2005.