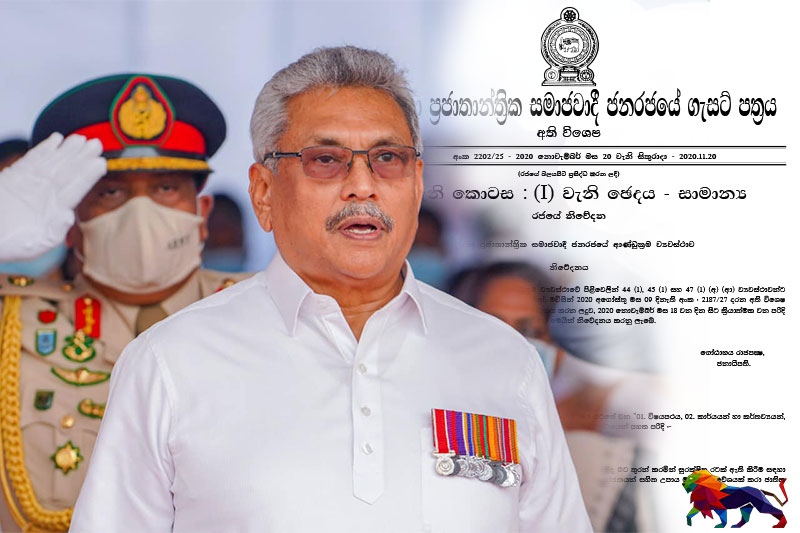 President Gotabaya Rajapaksa has issued a special gazette notification taking over a large number of state institutions under his purview.

The Extraordinary Gazette Notification was issued on Friday (20) under the powers vested in the President in accordance with the Constitution of the Democratic Socialist Republic of Sri Lanka.