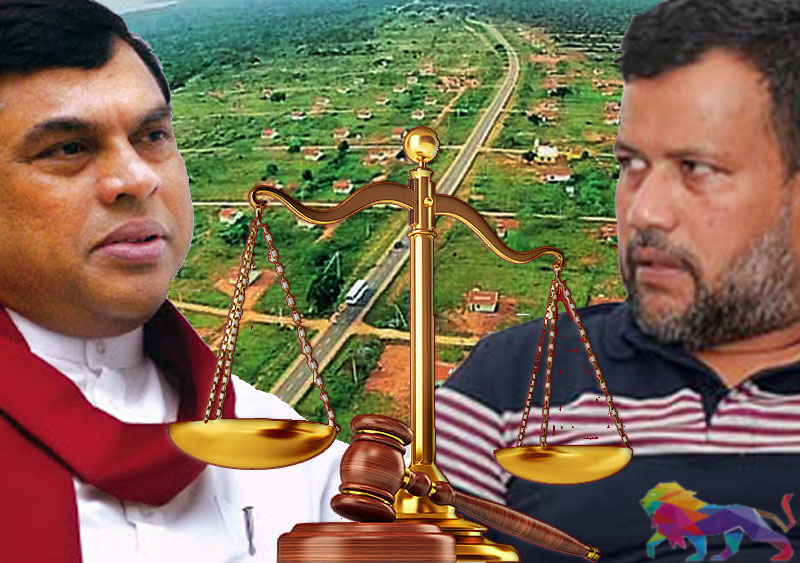 ACMC Leader and SJB MP Rishad Bathiudeen says he will file an appeal before the Supreme Court against the recent decision of the Court of Appeal regarding the
unauthorised construction carried out by clearing the Kallaru forest area in the Wilpattu Forest Reserve.

He said this in response to a question raised by the Presidential Commission of Inquiry Investigating the Easter Attacks while testifying online for the second time yesterday (21), via 'Skype' from the New Magazine Prison.

The Commission asked him on the number of Sinhalese people who have been resettled in the war-torn North and East during his tenure as the Minister in charge of Resettlement of Internally Displaced Persons (IDPs).

Responding to the inquiry, the MP stated that;

"In the Northern province, only 2% of the people are Sinhalese and 5% are Muslims. The LTTE expelled about 100,000 Muslims from their villages during the war.

The resettlement process began in 2009 under the leadership of the then Minister Basil Rajapaksa. I was not the subject Minister at that time. However, I supported that programme.

Around 5,000 Sinhalese who were living in the vicinity of Monaragala and Hambantota were resettled in Kalabogaswewa.

There were large trees that were more than 100 years old in those areas. Such trees were felled during the resettlement process. However, no one complained about it.

Everyone is talking about tree felling in Wilpattu - Kallaru. There really was no such felling. We are going to the Supreme Court against the decision, ” he told the Commission.

It is also noteworthy that the two judges of the Court of Appeal, who delivered the recent verdict in the Wilpattu case, were sitting in the Presidential Commission to Investigate the Easter Attack as the Chairman and a Member of the Commission when the former minister was responding.