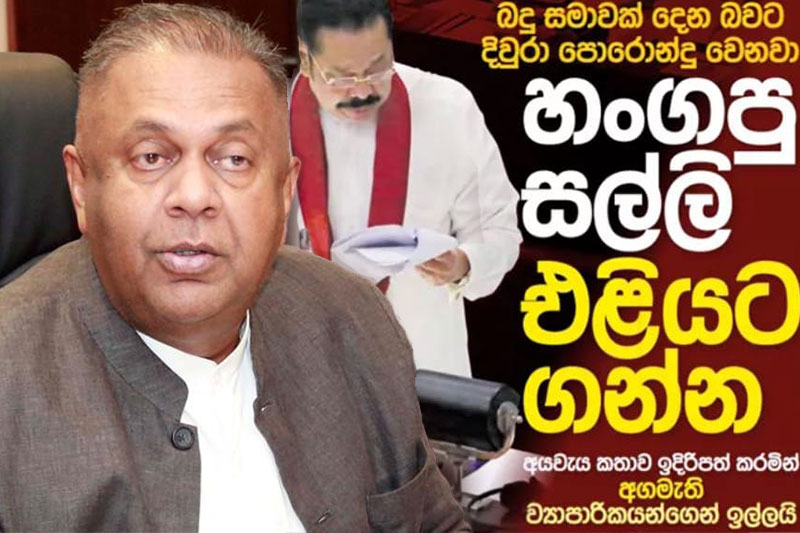 “I request from all entrepreneurs to utilise the funds hidden locally or internationally in order to evade laws relating to taxes and foreign exchange. It is expected to make legal provisions to provide a tax pardon to entrepreneurs thus utilising funds for any investment facilitated by this Budget under the payment of taxes amounting to 1%,” Premier Rajapaksa said.

Samaraweera noted that it took years of "strenuous" work by the Ministry of Finance for Sri Lanka to be delisted from the Financial Action Task Force (FATF), the global policy setter on anti-money laundering.

"Budget ‘21 officially condones money laundering by inviting hidden funds concealed abroad to be invested locally with no questions asked. Are we to return to the grey list of #FATF, money laundering watchdog-after all the strenuous work by MoF for several years to come out of it?," Samaraweera said on Twitter. 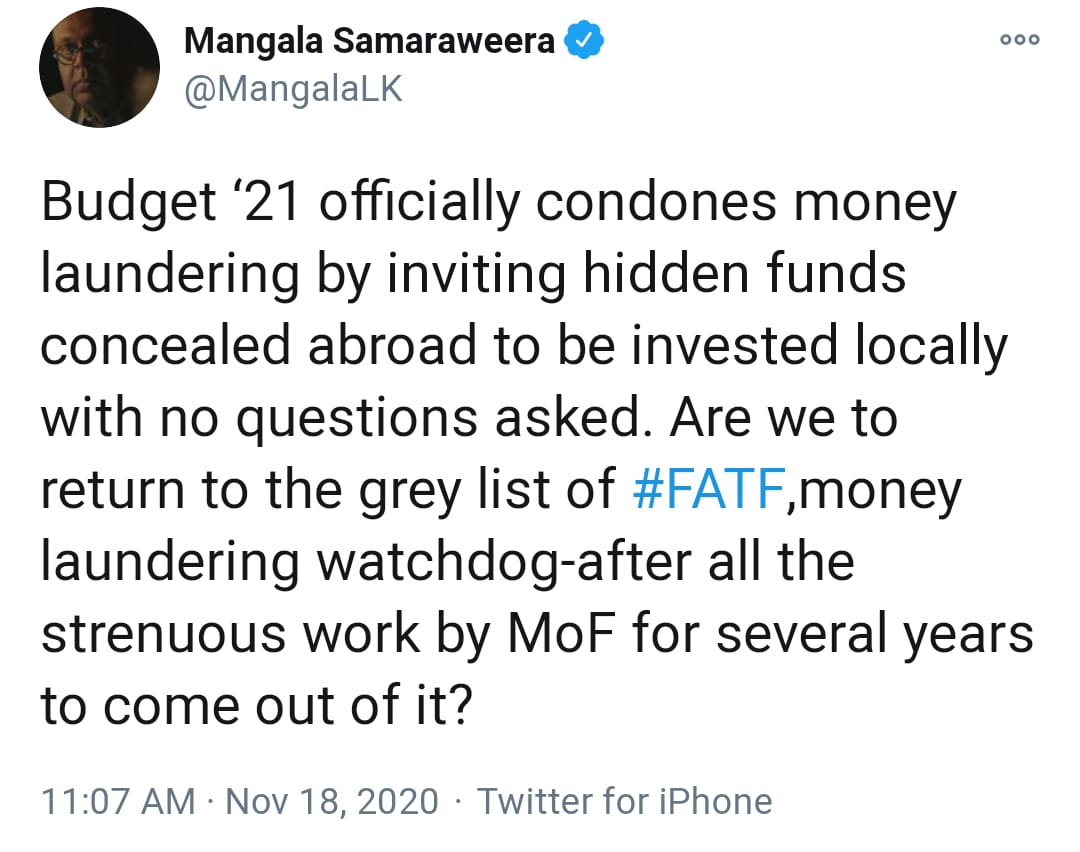 The Financial Action Task Force (FATF), the global policy setter on Anti-Money Laundering and Countering the Financing of Terrorism (AML/CFT), delisted Sri Lanka from FATF’s Compliance Document which is more commonly identified as “the Grey List” in 2019.

After several discussions and progress reports, the FATF indicated that Sri Lanka has not made sufficient progress in 4 areas namely, International Co-operation, Supervision, Legal Persons and Arrangements and Targeted Financial Sanctions on Proliferations (North Korea and Iran). As a result, the FATF at its Plenary held in October 2017, listed Sri Lanka as a jurisdiction with strategic AML/CFT deficiencies in the FATF’s Compliance Document and provided a time bound Action Plan for implementation.

At the Plenary held in February 2019, the FATF made the initial determination that Sri Lanka has completed its Action Plan and warrants an on-site assessment to verify that the implementation of Sri Lanka’s AML/CFT reforms has begun and is being sustained, and that the necessary political commitment remains in place to sustain implementation in the future.

However, due to the Easter Sunday attacks on 21 April 2019, the proposed onsite visit during May, 2019 was postponed. The review team visited Sri Lanka in September 2019 to assess the progress of implementation.

The review team consisted of officials from India (Co-Chair), Australia, Bangladesh, Japan, and Asia Pacific Group on Money Laundering (APG) Secretariat and met with the then Minister of Finance, Mangala Samaraweera to ensure that the necessary high level political commitment remains in place to sustain implementation of AML/CFT measures in the future.

The recommendations made by the review team on Sri Lanka’s progress were discussed at the FATF Plenary in October 2019 and all members endorsed the decision to delist Sri Lanka from the Grey List.