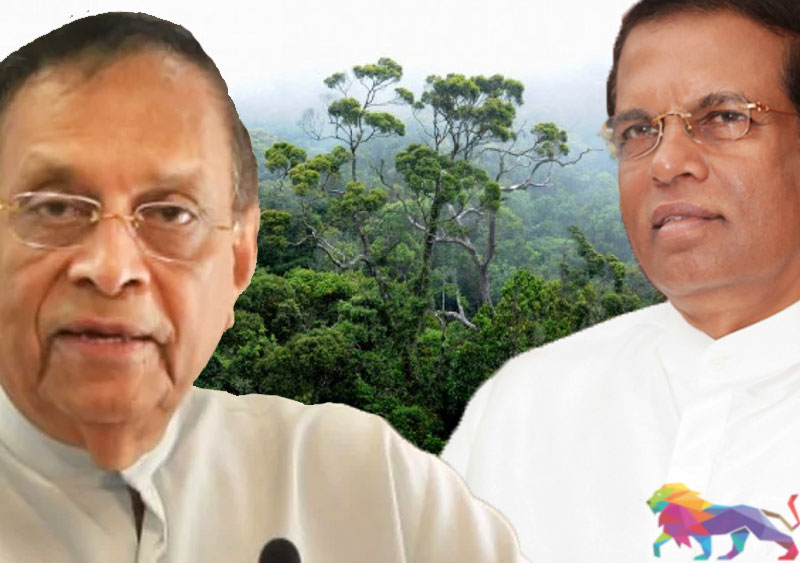 The National Movement for a Just Society has praised former President Maithripala Sirisena for taking steps to expand the Sinharaja Forest Reserve.
A gazette signed by former President Maithripala Sirisena on 11 November 2019 to expand the Sinharaja Forest Reserve was published on Sunday (15).
Accordingly, the area of the Sinharaja Forest Reserve which was limited to 11,000 hectares has been increased to 36,474.93 hectares.
The Sinharaja Forest Reserve, a UNESCO designated world heritage site, is considered to be one of the most valuable areas of primary tropical rain forests in the world and one of great ecological significance.
"We commend former President Maithripala Sirisena for taking a significant step towards the conservation of the Sinharaja Forest Reserve, one of Sri Lanka's most valuable natural resources," the Chairman of the National Movement for a Just Society, former Speaker Karu Jayasuirya said in a statement.
Jayasuriya also noted potential repercussions the annexation of surrounding forest lands would have on the livelihoods of the poeple in those areas but expressed confidence in the government to mitigate such problems.
"If the addition of another extensive patch of land to the Sinharaja Forest Reserve in this manner was to create any repercussions with regard to the livelihoods and housing requirements of the people in surrounding areas, we are confident that the government will do justice to all of them and ensure the conservation of the environment as well as the well-being of the people who may be affected by this. We are also confident of receiving foreign aid to mitigate such negative repercussions," he said.
Jayasuirya also drew attention to the former President's statement where he had declared that he had signed 65 more gazette notifications aimed at protecting the environment.

"The former President said that he had signed an additional 65 gazette notifications during his tenure for the protection of the environment in Sri Lanka which have not been published so far," he said

"Since the incumbent Minister of Environment has also taken a keen interest in this matter, we sincerely hope that the remaining gazette notifications will be published forthwith to protect the environment," he added.