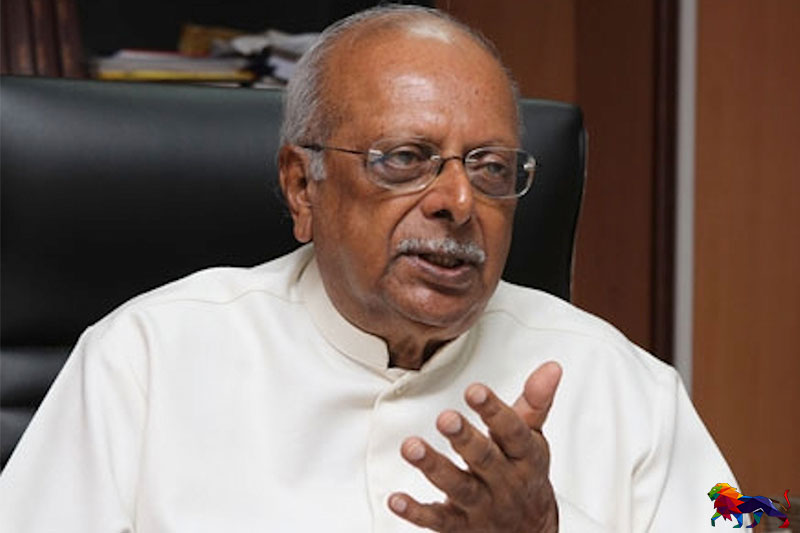 He made this observation while being interviewed by journalist Chamuditha Samarawickrama.

Former Minister Prof. Tissa Vitharana is Sri Lanka's most senior virologist having completed his PhD in virology from the University of London in 1971.

He has also served as the former Director of the Medical Research Institute (MRI) and as a consultant virologist at the Edinburgh City Hospital.
However, Prof. Vitharana confirmed that he hasn't been consulted or even approached by any committee tasked with making decisions with regard to the control of the COVID-19 pandemic.

Noting that the viral load of the second wave is much higher, he said that Sri Lanka is at serious high risk as COVID-19 has begun community transmission.

Responding to a question posed by Chamuditha, he said that although there seems to be problems pertaining to the way in which the virus is controlled in the country, he hasn't been provided with an opportunity to point out any shortcomings.
Colombo is at serious risk!
Prof. Vitharana said that the virus can still be controlled with the right methods but noted that the situation in Colombo is quite serious.

He pointed out that there was no hope of a vaccine for another three or four years, adding that even if they do find a vaccine, Sri Lanka would not be able to get it anytime soon.