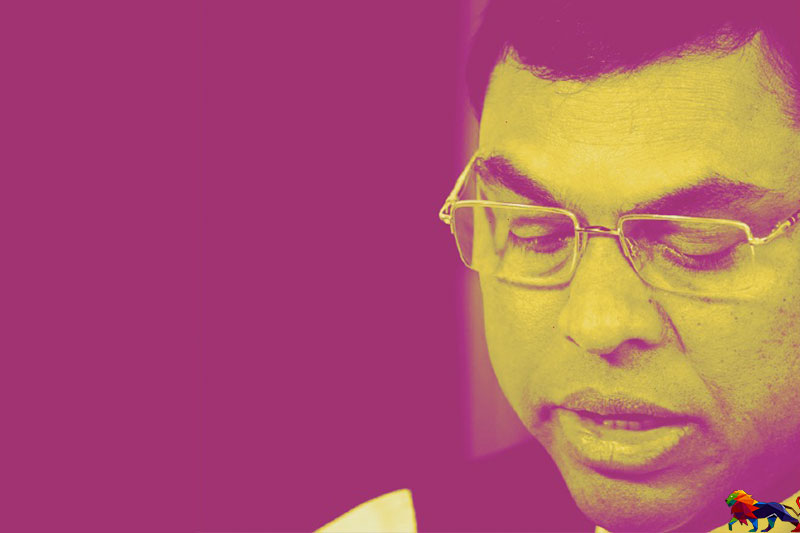 A group of MPs of the Sri Lanka Podujana Peramuna (SLPP) have written to Basil Rajapaksa, the architect responsible for the formation of the SLPP, requesting him to come to
parliament.

The letter has been signed by 19 SLPP parliamentarians.

The MPs noted that Basil Rajapaksa had created a political party that was able to win the Local Government Elections, the Presidential Election and the General Election.

The MPs lauded him for organising and guiding the entire party from the grassroots level to the highest echelons of the party.

"We can't even fathom of a SLPP without you," the MPs said.

They further said that his entry into the parliament is essential for the economic development of the country.

"Therefore, we respectfully request that you enter Parliament as soon as possible.,” they added.

However, the absence of 'Mahinda loyalists' in the list of MPs calling for Basil Rajapaksa's entry into parliament is a clear indication of the internal crisis within the government, social media activists pointed out.

When we inquired from an official close to Basil Rajapaksa, he said that it would be foolish to propagate such a request at this time.

However, Matale District SLPP MP, Pramitha Bandara Tennakoon, who is considered a 'Basil loyalist', told us that the letter was signed only by the Chairpersons of the government's District Coordinating Committees.

He stated that although the ruling party members are of the view that Basil Rajapaksa should come to Parliament immediately, this letter has been sent based on a decision taken by the Chairpersons of the District Coordination Committees.

Basil Rajapaksa heads the Presidential Task Force for Economic Revival and Poverty Alleviation and is responsible for guiding development activities in each district and local government bodies through the Chairpersons of these District Development Committees.