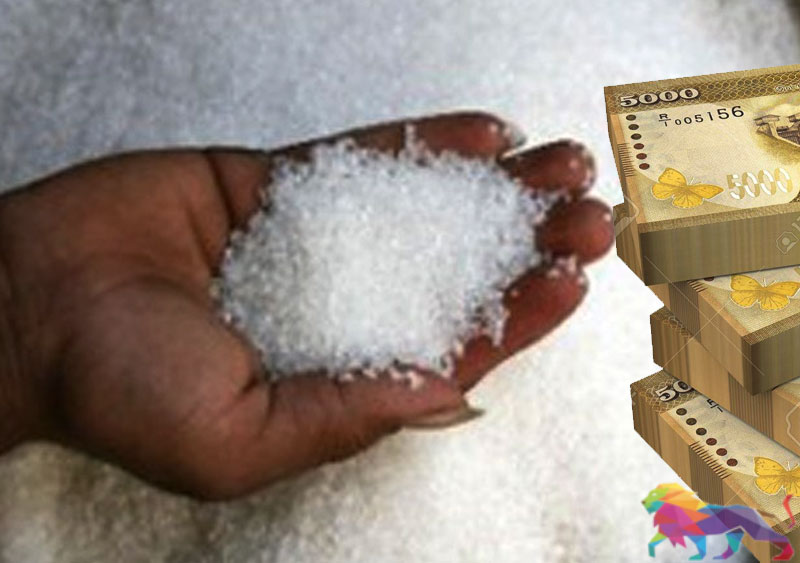 At a time when the Sri Lankan economy is collapsing due to the COVID-19 pandemic with the general public engaged in a desperate struggle to make ends meet, some heads
of the current government are inquiring into the parties that have introduced a proposal to cut tariffs imposed on sugar imports, a measure that will cost the government Rs. 1750 million or Rs. 1.75 billion a month.

Special attention has been drawn to the following points.

1 - Last October, when no one in Sri Lanka requested the government to reduce the price of commodities, the special import duty on sugar was reduced to 25 cents from Rs. 50 without the approval of the Cost of Living Committee. Was this aimed at bankrupting the traditional sugar importers and to create a monopoly in the sugar market for one company?

2 - Did the Chairman of the largest state owned corporation that engages in wholesale distribution play an instrumental role in the removal of the import tax on sugar just to help out his close friend and large scale sugar importer, whose communications company the Chairman had worked for in the past?

3 - Has the Chairman functioned while evading the Minister in charge of the Chairman's institution, the Secretary to the relevant Ministry, the Chairman of the Consumer Affairs Authority (CAA) and the Cost of Living Committee?
4 - From October 13 to date, the Presidential Secretariat had released a statement and two gazette notifications announcing the reduction of taxes on sugar while suspending the import of sugar from the open market as well as another gazette notification authorising only the Controller General of the Department of Imports and Exports to oversee the import of sugar. Despite these measures, a ship carrying 26,000 tons of sugar arrived in Colombo. Did this happen to make use of the extra profit of Rs. 49.75 ?
5 - When the import duty on sugar was reduced to 25 cents, what happened to the stock of 90,000 tons of sugar in the market that were imported from several countries including India?
6 - Despite such a large stock of sugar in the market while the country is facing a severe foreign exchange crisis, did Wilmar Trading (Pvt) Ltd import a consignment of 26,000 tons of sugar from India last week;
i) To get an incentive of USD 150 per tonne given by the Indian government for sugar exports to India? (The total profit of the relevant company in India is USD 3.9 million)
ii) To accrue an undue benefit by importing the said consignment paying only 25 cents in import tariffs as the Treasury has agreed to re-impose a Rs. 40 tariff after November 13? (The expected profit from this irregular operation is Rs. 1040 million.)
Many eyebrows have been raised within the government regarding these transactions. Measures such as these, which inhibit the state's ability to collect tax revenue, have been implemented despite government statistics revealing that the revenue targets expected by the government have been cut by half. 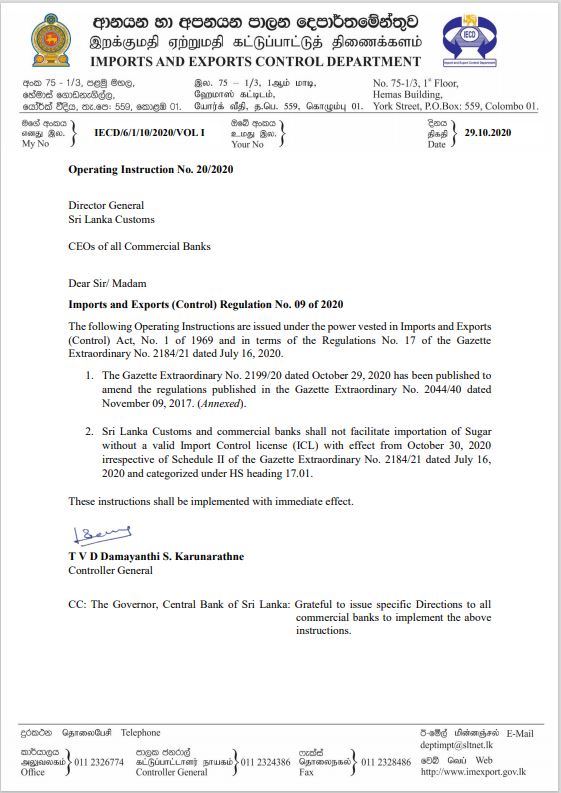 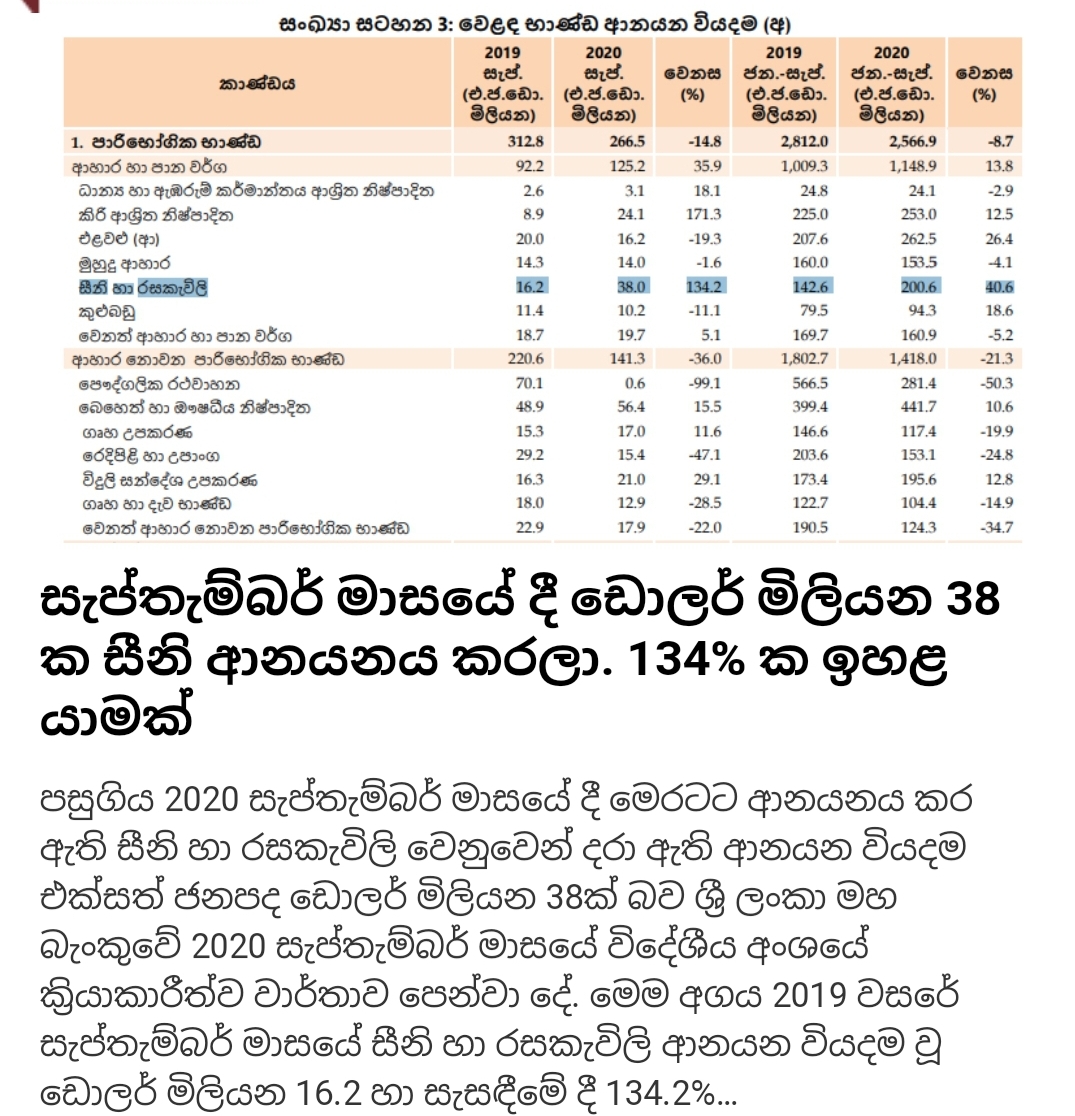