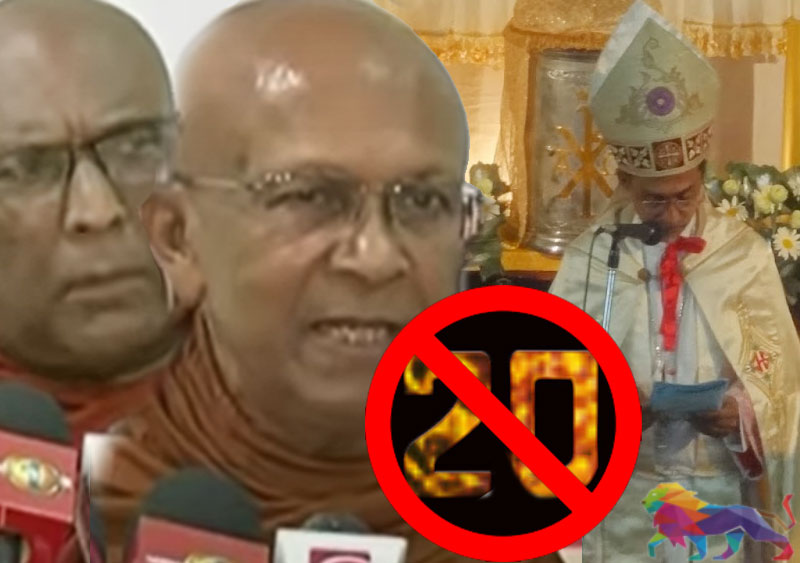 The Catholics Bishops Conference in Sri Lanka has opposed the 20th Amendment to the Constitution.

In a statement today, they said the 20th Amendment should not be proceeded with, in its entirety, and instead a new Constitution needs to be the national priority at present.

Noting that a two-thirds majority in Parliament does not necessarily manifest the true conscience of the people, the Bishops Conference pointed out that all elected executive presidents since 1994 have failed to fulfil their promises if transferring powers to the Parliament.

"We need to emphasise that the concentration of power in an individual without checks and balances does not augur well for a democratic, socialist republic,” the statement said.

They called for the appointment of an independent constitutional council to draft a new Constitution and said drafters must plug the loopholes that can lead to multiple interpretations.
"Let the entire membership of the Parliament appoint an independent Constitutional Council comprising a majority of men and women of proven integrity from the society who will take care of drafting a new Constitution which ensures transparent democracy, the rule of law, and the equality of all citizens," they said.
"The drafters must beware to plug the loopholes that lead to multiple interpretations. Greater clarity is needed if the Constitution is to serve the citizenry,” the statement added.
Related News: