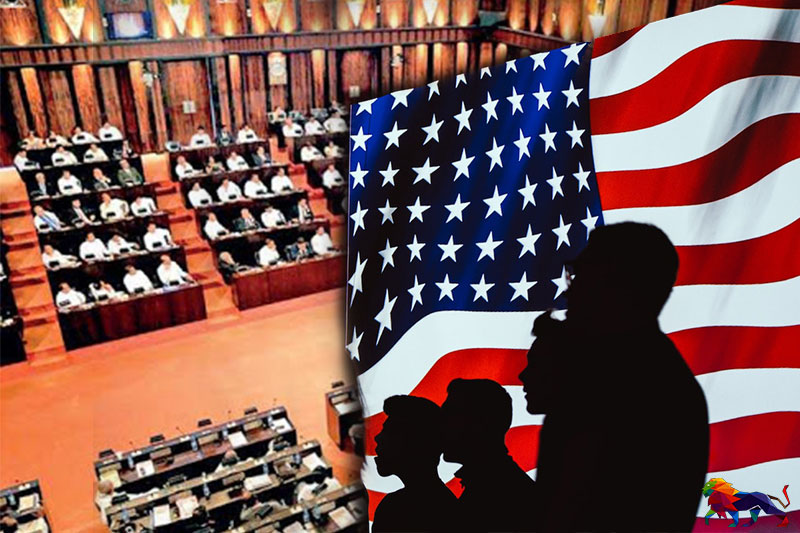 Even if the disqualification for dual citizens to enter the legislature is removed under 20th Amendment to the Constitution, a person who is a US national shall lose his US

nationality if he swears an oath of allegiance to a foreign country or takes up a government post, Samagi Tharuna Balawegaya Propaganda Secretary Rasika Jayakody said.

"Even if a current US national is subsequently elected or appointed to parliament via the national list, he or she cannot take up a position in government as a minister under the US Immigration and Nationality Act," he said.

Jayakody also added: "Section 349(a) of the US Immigration and Nationality Act provides:

A person who is a national of the United States whether by birth or naturalization, shall lose his nationality by voluntarily performing any of the following acts with the intention of relinquishing United States nationality-

(2) taking an oath or making an affirmation or other formal declaration of allegiance to a foreign state or a political subdivision thereof, after having attained the age of eighteen years;

Therefore, if a US national is appointed as a minister and takes the above oath/affirmation, he immediately falls within the scope of subsections 2 and 4(B) of section 349(a) of the US Immigration and Nationality Act and shall lose his US nationality.

The US State Department has interpreted the above provisions to mean that any 'policy-level' government appointments will result in the presumption that the person concerned intended to relinquish their US nationality by taking up the government position. Therefore, a government minister will fall within the scope of the provisions.

"Such a process will need to be triggered via a formal and public complaint to the US State Department that a US national has indeed taken up a government ministerial position," Jayakody said.