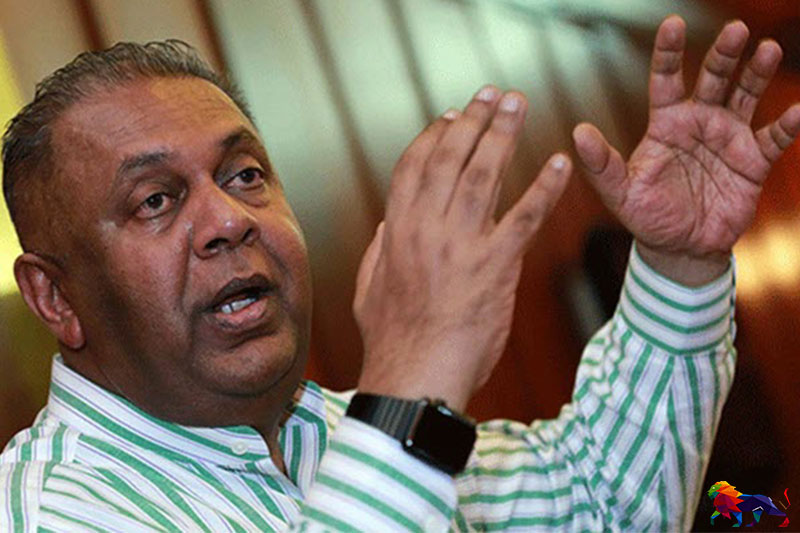 Former minister Mangala Samaraweera has vehemently condemned with contempt the malicious statements being propagated by media institutions loyal to the government
that allege he had given information to terrorists.

Recalling the pivotal role he played as a former foreign minister to defeat the LTTE, both locally and internationally, which led to him being publicly declared as a main enemy of the LTTE by its Leader Velupillai Prabhakaran and subsequently placed at the forefront of the LTTE's hit list, Samaraweera said that he is being slandered because he has resigned from parliamentary politics and started an ideological campaign called 'True Patriots'.

Samaraweera expressed these views in response to a query made by theleader.lk with regard to a news report that appeared in the ‘Aruna’ newspaper recently.

The article on 'Aruna' highlighted that it was revealed at Presidential Commission of Inquiry (PCoI) probing allegations of political victimisationthat former foreign minister Mangala Samaraweera has passed on information pertaining to national security to terrorists during the Good Governance government.

"Before long,  people will be able to identify these empty, cardboard patriots"

Elaborating further on this matter, he noted that he has already launched a social dialogue titled "True Patriot" that aims for the creation of a radical centrist movement towards nation building.

“Currently, a significant number of intellectuals in this country, especially a notable section of the youth with a genuine interest in nation building are converging around this movement. We are discussing what happened to us since independence.

So now they have resumed their mudslinging campaign against me. I am being summoned to the CID to be inquired on various unfounded allegations. I have been asked to appear before commissions and questioned for hours. By now, I have gone to the 4th floor of the CID twice and given statements. I've given statements to the commission probing the Easter Sunday attacks two or three times. The Matara Police summoned me last Monday to record a statement on a complaint lodged by a government minister and a monk.

After being summoned weekly, they ask me why I call certain monks as just people who wear robes. Why don't you say that this is a Sinhala-Buddhist country, they inquire. Then they ask what I think. So I came out after preaching from the Buddhist philosophy itself. I have been asked to come tomorrow as well.

In the meantime, certain government media outlets have published a story about me supporting terrorists. But these cardboard heroes have conveniently forgotten the significant role that I played as the country’s foreign minister at a time when the LTTE was at the height of its power domestically and internationally as an organisation and when bomb explosions were rocking the city of Colombo.

After former foreign minister Lakshman Kadirgamar, I did the most to defeat the LTTE internationally and to stop foreign financing coming into the organisation. With the support of the United States, we worked to ban the LTTE in the European Union. We intervened to stop the flow of financial and military aid to the LTTE from all over the world.

It was then that Velupillai Prabhakaran addressed the Black Tigers Day and declared me the number one enemy. My name was also on the hit list.

I recall that during the 2001 general election, the then government issued a gazette notification allowing former president Chandrika Bandaranaike, Prime Minister Rathnasiri Wickramanayake, former foreign minister Lakshman Kadirgamar, Anura Bandaranaike, Anuruddha Ratwatte and myself to cast our votes from our homes as international intelligence agencies had warned about LTTE's plan to assassinate us all. But those things have been conveniently forgotten by the empty cardboard heroes.

The reason for them to resort to such mudslinging is that they fear the "True Patriots". In a few months, people will be able to distinguish between the true patriots and the empty cardboard patriots.

Besides, I don't take such mudslinging stories seriously. However, I have informed our legal advisers to take necessary legal action against the news item published in 'Aruna' yesterday," he added.

(The extraordinary gazette notification issued allowing six members to cast their ballots from their homes due to LTTE threats is found below).