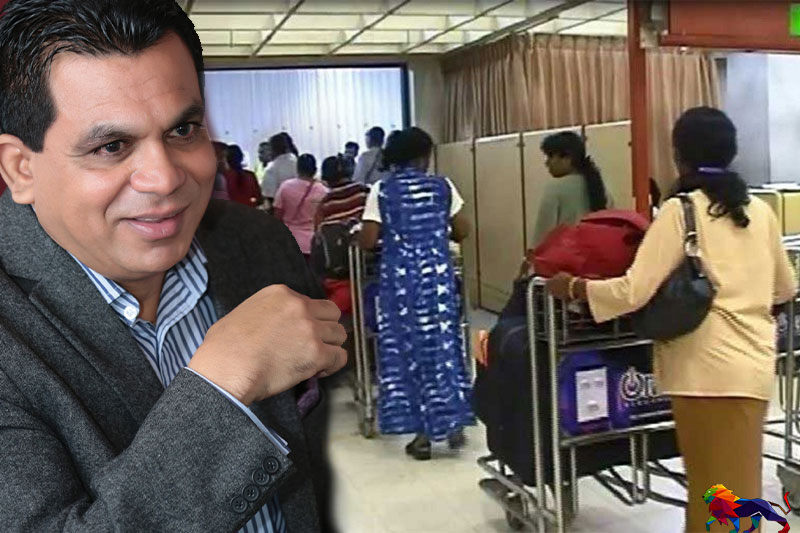 Despite the ongoing repatriation programme undertaken by the government due to the COVID-19 global pandemic, thousands of Sri Lankan migrant workers are
still stranded in many countries.

These migrant workers who have been one of the largest foreign exchange earners to the country are now in dire straits without employment or even meals.

It is in this backdrop that Chairman of Avant-Garde Group, Nissanka Senadhipathi has come forward yet again to assist in the government’s programme to repatriate Sri Lankans stranded overseas.

A businessman/philanthropist, Senadhipathi has volunteered to assist fellow Sri Lankans who are in foreign lands homeless and facing starvation after performing the role of foreign revenue earners to the country for many years.

President Gotabaya Rajapaksa hearing Senadhipathi’s offer had requested for assistance to help finance air tickets for the most vulnerable Sri Lankans overseas who have no means to buy their tickets to return to their motherland.

When inquired about the offer to assist in the government’s repatriation programme, Senadhipathi explained that despite the personal difficulties faced by him during the past four and a half years due to the clamp down on his business, he wanted to help fellow Sri Lankans in need.

“I will help purchase air tickets for some of the most vulnerable Sri Lankans stranded overseas,” he said.

At the outset of the COVID-19 outbreak when the country entered a total shutdown, Senadhipathi together with the Prisons Department launched a programme to bake bread at the prison kitchen and distribute among the poor families in the Colombo District.

However, the social welfare programmes carried out by Avant-Garde had to be scaled down during the former government due to the political victimization faced by the group chairman. The harassment faced by Senadhipathi and the company at the hands of several senior ministers of the former government including the likes of Champika Ranawaka and Rajitha Senaratne, resulted in a drastic reduction in the group’s social welfare measures.

Nevertheless, Senadhipathi and the company continue to engage in social welfare programmes with the intention of helping those in need as well as assisting in the overall development of the country.