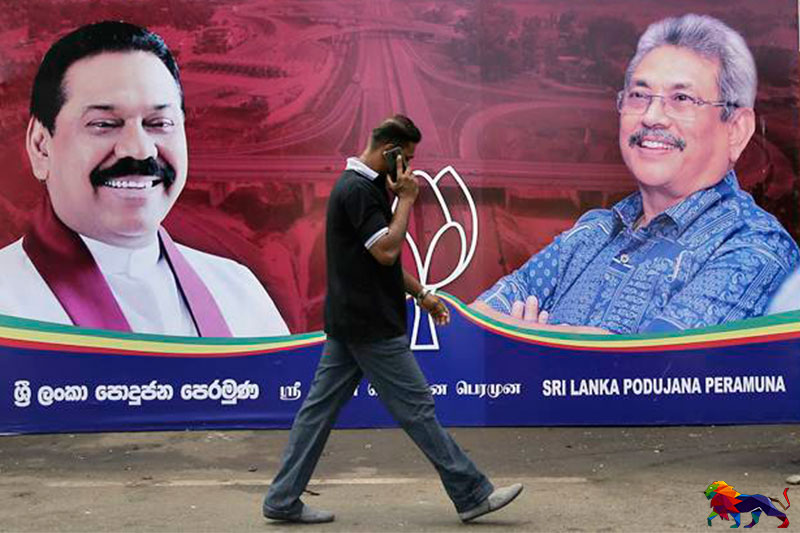 Taking into account the current results of the general election, it is likely that the Sri Lanka Podujana Peramuna (SLPP) will obtain more than two-thirds of the
seats.

SLPP sources however say that they will win 154 seats.

According to representatives at the counting centers, the UNP is headed towards a major defeat. Chances of winning a single seat in the Colombo district, which is considered a stronghold of the UNP, is also in jeopardy. If that happens, UNP Leader Ranil Wickremesinghe will not be elected to the parliament.

According to the unofficial results received so far, the Sri Lanka Podujana Peramuna has recorded more than 70% of the votes in the Balapitiya, Hiriyala and Akmeemana electorates. Representatives of those counting centers state that the 'Pohottuwa' has won with 76% in Balapitiya, 76% in Hiriyala and 73% in Akmeemana.

However, the Election Commission has not yet officially released the results.

According to the current results, the Samagi Jana Balawega led by Sajith Premadasa is placed second with the JVP led Jathika Jana Balawega placed third in the South.

The first official result of the 2020 General Election has been released. The result of the postal voting in the Galle District is found below. 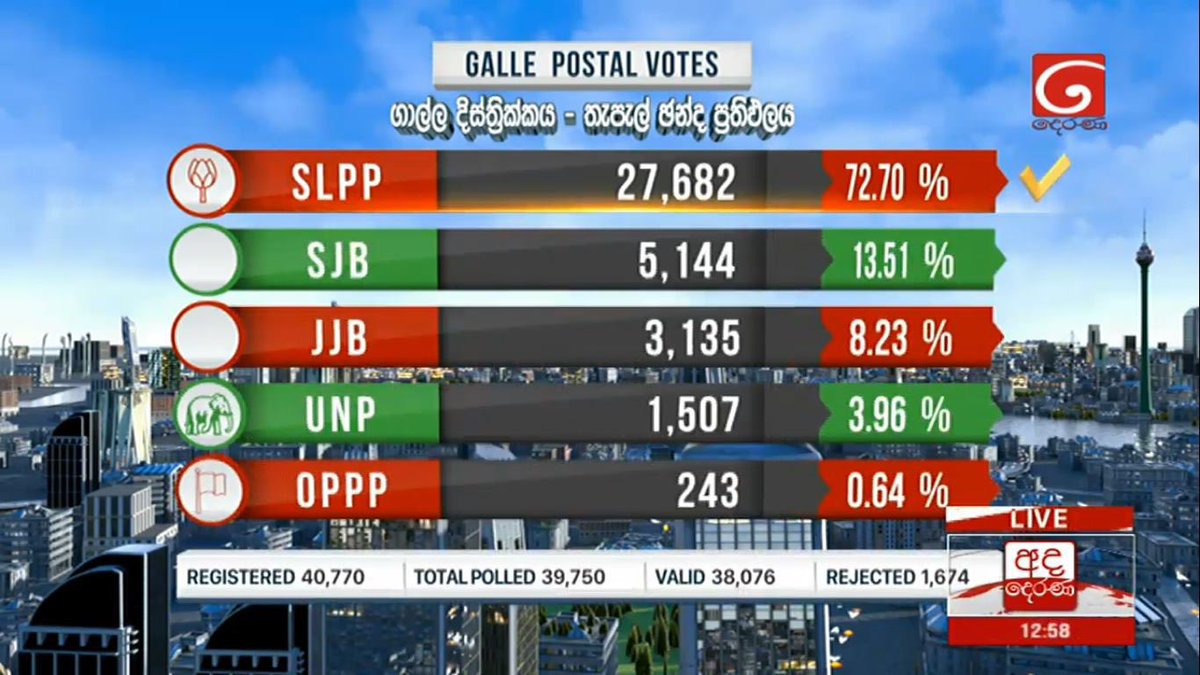