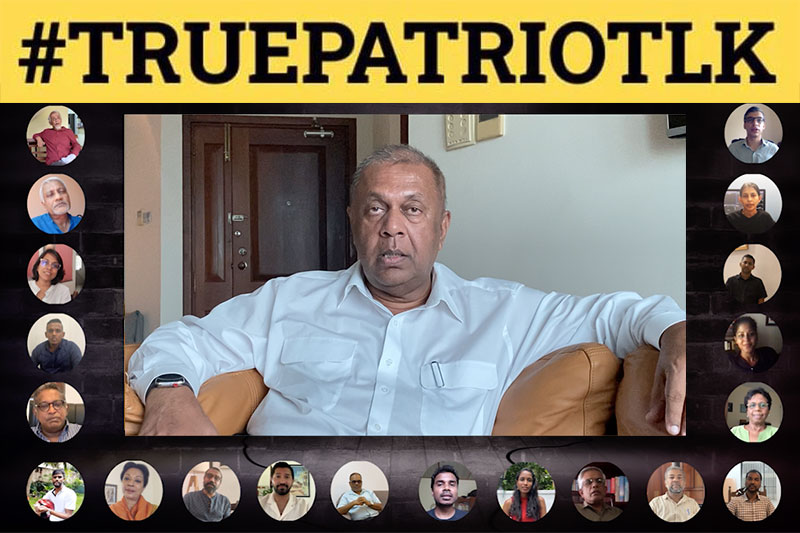 In addition, Mangala Samaraweera and veteran political commentator and senior journalist Victor Ivan will release two videos this afternoon through the #truepatriotlk social media platforms commenting on the radical center needed for nation building.
Patriotism !
Samuel Johnson wrote in the 18th century that the last refuge of the scoundrel is patriotism.
Considering the history spanning the course of the last two centuries, Johnson's statement is like a prophecy. We in the 21st century know very well how true that statement is.

“It is the intention of every knavish patriot to erase the stark difference between loving a country and loving rulers. That is why the uncritical  enslavement towards the ruler is considered patriotic.”

That patriotism is not born of fear and indifference. It is with wisdom and respect for justice.

Therefore, we are raising the banner of the wise and just patriotism of the common humanity against the bloody flag of false patriotism of racial and religious sectarianism, Mangala Samaraweera told theleader.lk

“It is a flag of patriotism for those who love the common heritage of unity and brotherhood and not for the rulers who divide the people with fear and suspicion,” Samaraweera stressed.