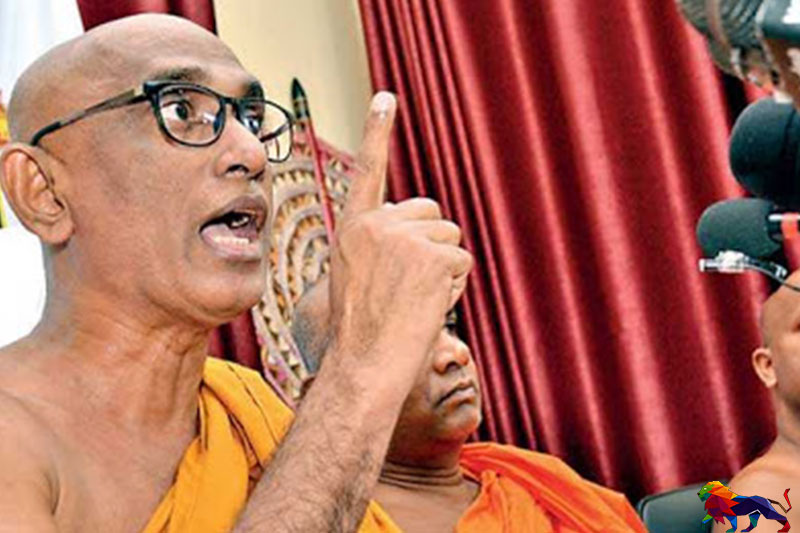 A senior Buddhist monk in campaigning to be reelected to parliament has made an inflammatory statement by threatening to launch a “massive boycott” of Muslim businesses if
the government fails ban to traditional Islamic education institutes and the Burqua.

Denigrating Madrasas as "factories that produce bombers and brainwash people,"  former parliamentarian Athuraliye Ratana Thero vowed to carry out his anti-Muslim action within a week.

Speaking to journalists on 6 June in Rajagiriya, he challenged the government to “stop him if they can” from carrying out his threat.

“We tell the Buddhists, Christians, Tamils and Hindus that we should stop visiting Muslim shops until they ban the burqa and shut down the Madrasas. We give a week’s notice to the Jamiyyathul Ulama.”

The All Ceylon Jamiyyathul Ulama (ACJU) is the top religious body of Islamic theologians that provides religious and community guidance to Sri Lankan Muslims.

“This matter was discussed in the security council as well,” said PM Rajapaksa

The PM later instructed officials to register any unregulated Madrasas.

The first ever Sri Lankan Madrasa was established in Galle in 1870, according to the Department of Muslim Affairs. Reports say there are 1669 madrasas and 317 Arabic colleges today.