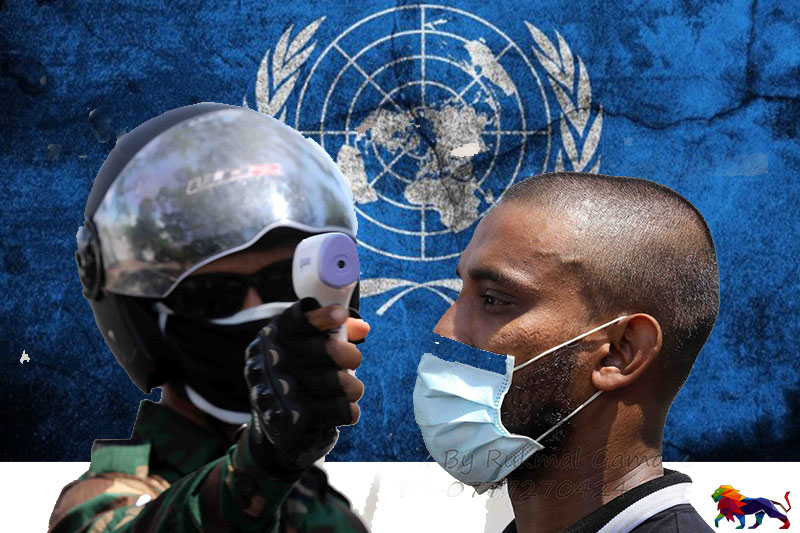 Canada, Germany, North Macedonia, Montenegro and the United Kingdom, which comprise the Core Group on Sri Lanka at the UNHRC, have raised concerns over the 'roll
back' of human rights in the country.

In February, the Sri Lankan government indicated that it no longer supported resolution 30/1, which Sri Lanka had co-sponsored in a landmark partnership with the international community to address the harmful legacies of war and build a sustainable peace in the country.

"We reiterate our profound disappointment at this development. We remain firmly committed to advancing the resolution’s goals of accountability, reconciliation, and inclusive peace in Sri Lanka," Ambassador Rita French said.

The UNHRC observed that the Sri Lankan government has stated its own commitment to advancing these principles through domestic processes but stressed that any accountability mechanism must have the confidence of those affected.

"Since March, Sri Lanka has been battling COVID-19, and has kept case numbers significantly lower than the regional average. However, as stated by the High Commissioner, extraordinary measures to tackle the pandemic should not be used to roll back human rights. We share the concerns of Sri Lankan human rights organisations over the targeting and marginalisation of minority groups, the pardoning of Sergeant Sunil Ratnayake and promotion of others accused of serious violations during the conflict, and the militarisation of a wide range of civilian functions and public initiatives", the Core Group on Sri Lanka noted.

The UNHRC called on Sri Lanka to ensure that the country’s democratic space remains open and accountable and raised the detention of attorney-at-law Hejaaz Hisbullah, who has been held without charges for nearly three months.

"We call for detentions and arrests to follow due process and be compliant with international norms and universal rights, for example in the case of lawyer Hejaaz Hizbullah, who has now been detained for almost three months without charge or presentation before the court. We call for an end to impunity for the violations and abuses of the past," Ambassador Rita French said.