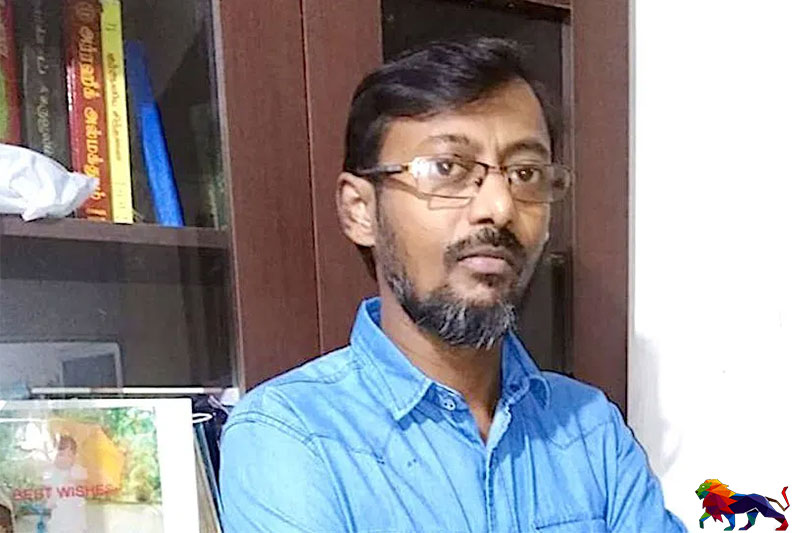 A group of activists in Sri Lanka has called upon the government for the unconditional release of a Muslim writer who has been held in detention for more than
sixty days without “explicit evidence being produced”.

In a letter to the Human Rights Commission of Sri Lanka (HRCSL) the Sinhala, Tamil and Muslim activists say that Ramzy Razeek arrested on April 09 for allegedly violating the International Covenant on Civil and Political Rights (ICCPR) and Cyber Crimes Legislation has also been denied medical treatment and legal access in detention.

“Despite orders from the Magistrate to allow him access to medicine, reliable sources state that his health condition is deteriorating due to lack of access to specific medicines of which he is in dire need. A lawyer attempting to visit Razeek this week, was also denied access at the Colombo Remand Prison, citing the COVID-19 virus,” says the letter addressed to HRCSL Chair Deepika Udagama.

Ramzy Razeek, a retired government official was arrested over a post in early April, in which he calls for an ‘ideological Jihad (struggle)’ against all forms of fundamentalisms and racism persecuting the Sri Lankan Muslims as a community.

Two days later, Razeek had posted again to note that he had received countless death threats as a result of his post, and that many had misconstrued his words, calling for him to be jailed for propagating racist ideas.

The activists’ letter highlights that Razeek who has a history of critiquing Muslim fundamentalism and racism in Sri Lanka, very specifically states in his post that he is proposing a struggle of ideas and intellect to question and counter the attacks against progressive Muslims from outside, as well within the Muslim community.

In September 2019 HRCSL had issued a letter to the Sri Lanka Police regarding the lack of legal clarity and discriminate application of the ICCPR Act, and clarifying the legal scope of the offence, including the level of severity that was required for an arrest.

The ICCPR, meant to hold accountable those who incite violence, has since recently been weaponised by the State against those who critique the State and/or its policies, says the letter by activists to HRCSL.

Local and international rights bodies have repeatedly raised their concern about misusing the ICCPR act. It was used to detain award winning writer Shakthika Sathkumara for more than four months during the last government backed by many civil activists.

Copies of the letter had been sent to opposition leaders of the dissolved parliament as well as UN officials at home and abroad.