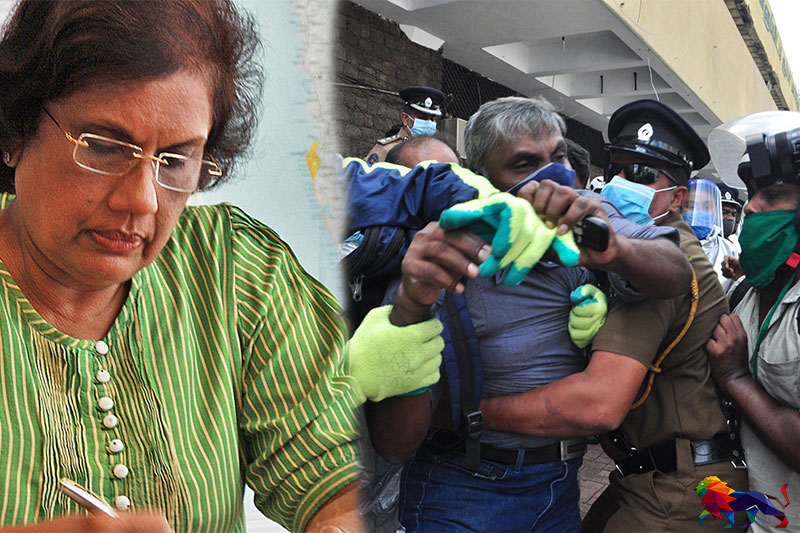 Former president Chandrika Bandaranaike Kumaratunga condemned yesterday's attacks by the Police on a group of peaceful protesters calling it "shocking and brazenly
undemocratic."
Members of the Frontline Socialists Party (FSP) attempted to stage a protest opposite the U.S. Embassy in Colombo in support of the 'Black Lives Matter' movement but were arrested by the Police.
However, the Police spokesperson said that they had obtained an order from the Fort Magistrate’s Court preventing the protest from taking place.

"The Government statement that the peaceful protest was illegal can not be accepted. In a democracy, every citizen has a right to express protest, without violating the law," the former president said.

She noted that it is the sacred duty of the government and the law enforcement authorities, namely the Police, to guarantee and protect that right of the citizen and not violate it.

"I appeal to the government to exercise it’s authority to guarantee all fundamental freedoms of every Sri Lankan citizen, irrespective of his/her ethnicity, religion, political beliefs. May freedom and Metta prevail in our country," she said.