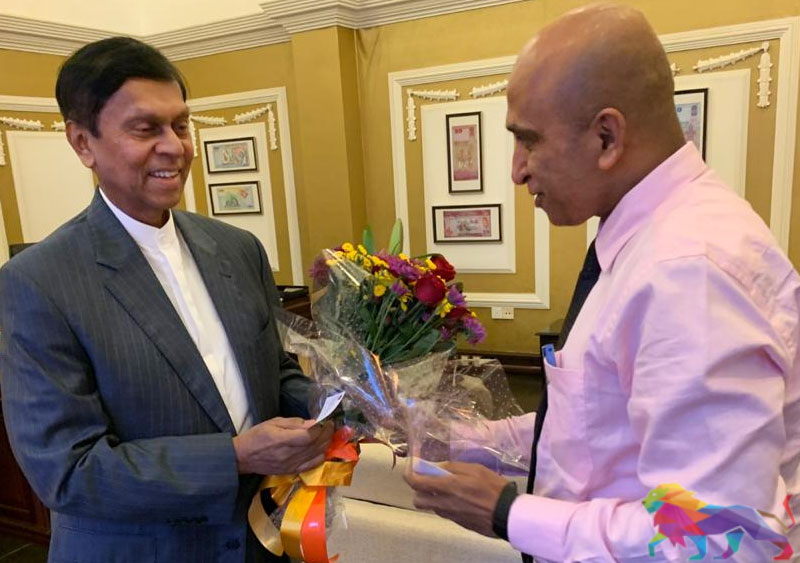 Although prices of crude oil in the world market have plunged to historic lows, The Lanka Indian Oil Company (LIOC) has failed to reduce the fuel prices in Sri Lanka. As a result
of this, the LIOC has amassed additional profits to the tune of billions of rupees. Many have taken to social media to raise suspicions as to whether a part of the huge profits made by the LIOC has been given to certain politicians and their election campaigns.

Close links between Manoj Gupta, the Managing Director of LIOC and certain government bigwigs and senior officials have further fueled the suspicions raised on social media.

These allegations are coming at a time when the president's secretary has requested all state sector employees to sacrifice their salary as a means of helping the government during the current financial crisis. Many social media activists observe that the government could easily recover some of these additional profits made by the LIOC and use it to pay the salaries of state sector employees. 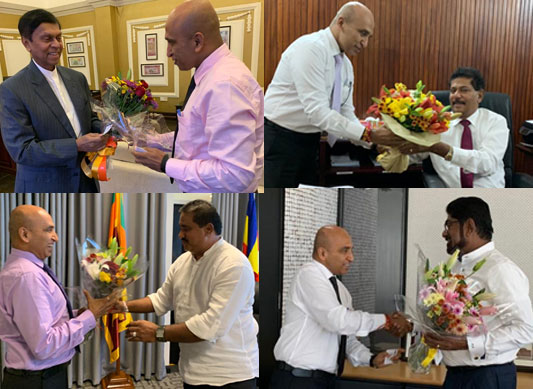 Even though crude oil prices in the world market have fallen to historic lows, failure to take advantage of low prices and pass it on to Sri Lankan consumers by the government has allowed the LIOC to make billions of rupees in additional profits.

Though the country's economy is in shambles due to economic mismanagement and reckless, ad hoc decisions taken by the incumbent government, it is baffling to see why they haven't used at least a portion of the huge profits earned by the LIOC to provide some sort of relief to an ailing economy, political analysts claimed.

Fuel prices in the world market

According to a report issued by the Central Bank of Sri Lanka (CBSL) yesterday (11), the price of a barrel of Brent crude oil in the world market was USD 30.11. Last week, a barrel of crude oil was recorded at just USD 25.

Meanwhile, the price of a barrel of petroleum products has come down to USD 24.

During the previous good governance government's period, the price of a barrel of Brent crude oil in the Singapore market was USD 65. Accordingly, the prices of oil in the local market were revised as per the fuel price formula in September 2019. 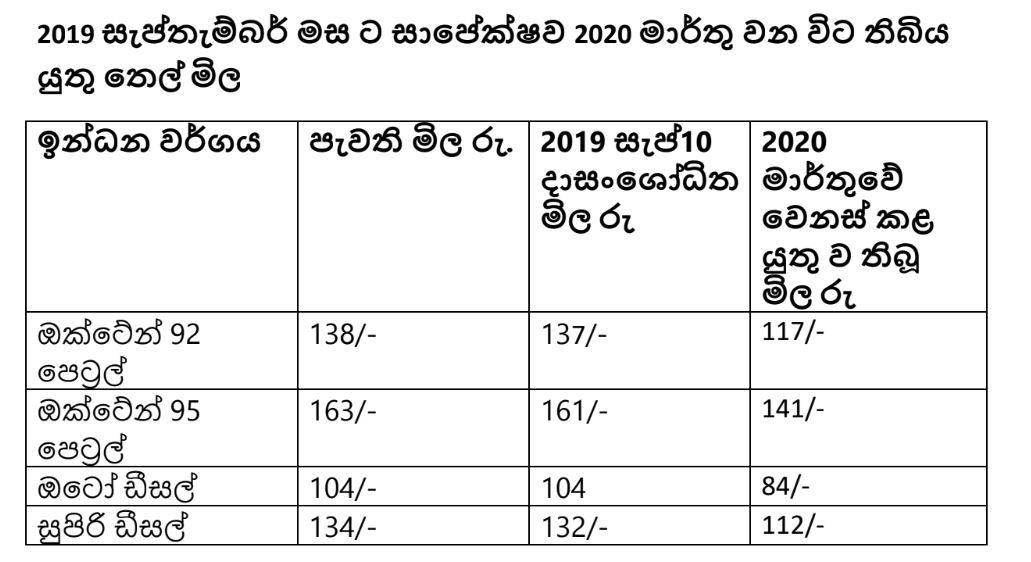 Due to the fuel price formula, the LIOC priced a litre of octane petrol at LKR 137 while a litre of diesel was priced at LKR 104 while maintaining maximum profit margins in September 2019.

Accordingly, former Finance Minister Mangala Samaraweera in a press release issued in March noted that the current government could reduce the price of a litre of petrol and diesel by at least LKR 20, compared with the world oil prices in September 2019 and March 2020, if they were genuinely concerned with providing relief to the general public.

However, at a time when the price of crude oil in the world market has decreased even further, the government could very well reduce the price of a litre of both petrol and diesel by at least LKR 50.

The government, like the LIOC, is yet to offer this advantage to the consumers. However, amidst mounting criticism raised on social media with regard to the fuel prices, the government has decided to levy an additional LKR 50 per litre of fuel instead of reducing fuel prices.