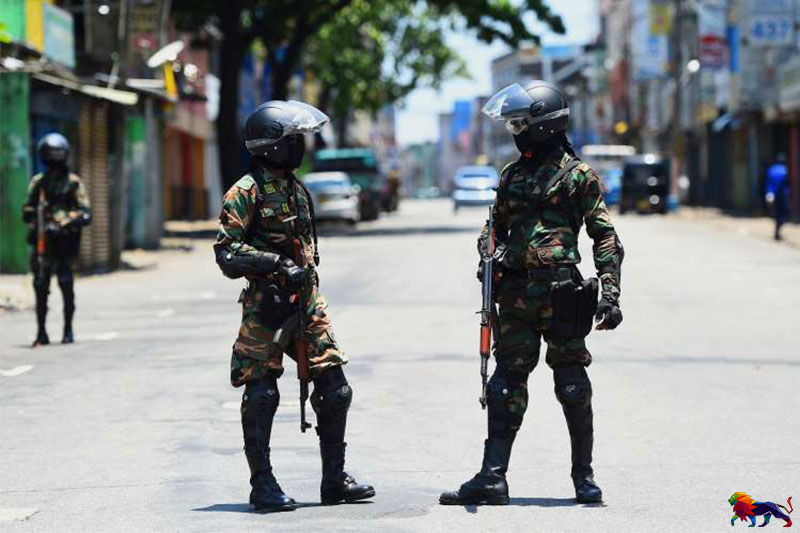 The Defence Ministry of Sri Lanka had instructed officers of the 2nd Military Intelligence Corps “to scrutinise all Right to Information Requests filed by citizens with public
authorities seeking information on the Covid-19 crisis,” reveals a group of professionals.

The purpose of this, according to the latest statement by the Alliance of Independent Professionals (AIP), was “to investigate these persons in search of links to foreign funded NGOs and journalists perceived to be critical of the government.” Alongside that the statement provided that “Sri Lanka’s pace of COVID -19 testing is the lowest of any country with an active outbreak” as well as various examples that racist outbreaks had proceeded in line with the attempts to stamp down on the growing pandemic’s appearance on the island. 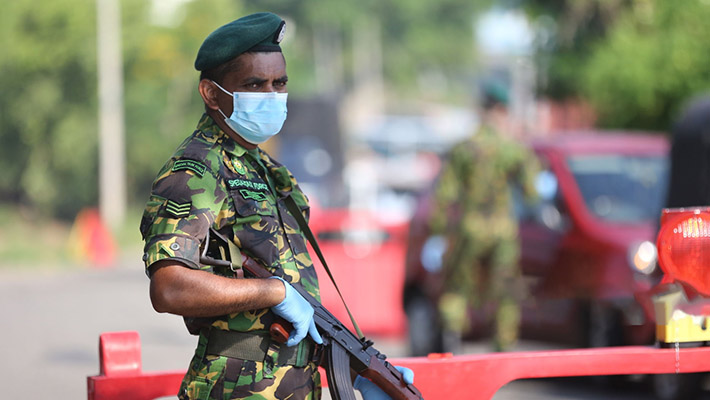 Caption: A police Special Task Force personnel stands guard at a checkpoint in Colombo as a nationwide curfew is in force - April 1, 2020. (© Ishara S. Kodikara / AFP)

The Alliance of Independent Professionals are a group of 22 academic and professional individuals who have given an anonymised statement due to the fears that there would be serious risks of reprisals from the Sri Lankan Government and military.

The statistics given by the Alliance of Independent Professionals shows that in terms of the response to the pandemic in Sri Lanka “49,800 people sent to quarantine, only 8,110 of them” being tested for COVID – 19. The statement further assert that “as a result of the failure to ramp up testing, independent public health experts have deemed the month long island-wide curfew in Sri Lanka a failure, despite the massive economic damage it has caused” additionally stating that “no other country that locked down for over four weeks has failed to flatten the curve of new infections.”

Media Censorship during the pandemic 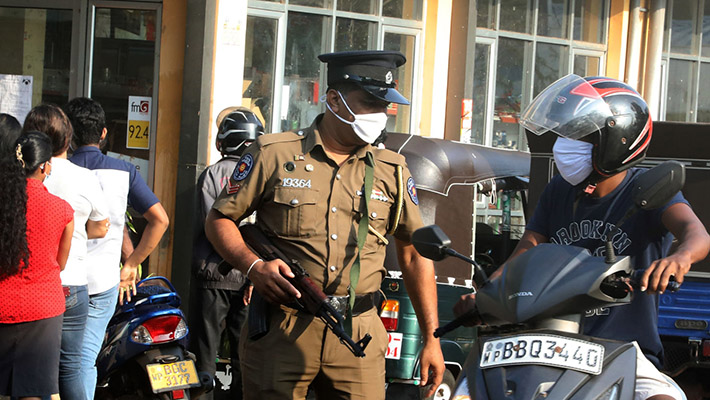 Alongside the country’s predicament of the growing number of cases, the clampdown on the numbers is shadowed by the ever-growing power of the Government’s further attempts to censor media and promulgate its own strategies says AIP. The statement itself spoke of a 35-year-old navy lieutenant by the name of Sunil Dodamwala who died on Saturday 25 April with symptoms akin to COVID - 19. But the official military release of the information specified that he had tested negative for COVID – 19 and had instead died of leptospirosis (rat fever).

The statement spoke of a letter by a senior health official that was leaked onto social media asking for a 1,000 body bags from the ICRC. The government denied this calling it fake, however “extremely senior leaders were furious when the signatory of the letter, an Assistant Secretary at the Health Ministry, confirmed its authenticity to journalists who broke the story”. Continuing on from this “the CID is now investigating several health ministry officials suspected of colluding with journalists” as well as the Directorate of Military Intelligence has begun “surveillance on two journalists” who were accused of using it to create “public panic”.

Accusations of racism on the island

According to the statement, the government continues to racially profile COVID – 19 patients using digital files maintained by the intelligence agencies as well as health records held at district level collected from multiple sources “including local government officials”.

Stating that “incitement to racial hatred is carefully architected to condemn the minorities in a subtle manner, blaming monitories for the outbreak of the virus,” a specific list of examples were given. These included, amongst others, the stigmatisation of Muslims in the Kalutara District where those quarantined due to COVID – 19 were referred to as “Beruwela People”. As the district is generally regarded as a Muslim dominant area, is was stated that Derana TV presenter Chatura Alwis mentioned that two patients from Beruwala had “deprived Sri Lanka of enjoying Sinhala New Year.”
Additionally, the statement also held that “The government is careful not to mention the religion or ethnicity of Sinhalese or Buddhist persons contracting the virus” and that a returnee Sinhala family who had been visiting India on a Buddhist pilgrimage were not checked at the airport which as a result led to 50 cases. The mother who has been since vilified by the press as a returnee from India with no mention of the pilgrimage has failed to disclose the symptoms to any authority. The statement makes mention of the fact that as she was simply a returnee from India the implication was that she was Tamil.

With that in mind, human rights groups have been silent on the issue of the demeaning treatment of the poor when “forcibly taken into quarantine”. The statement has observed that “impoverished males were partly undressed and forcibly sprayed down with disinfectant in full view of media personnel taking pictures and video recording” in Pettah, whilst “in the shanties of Bandaranayake Mawatha, the people were assaulted by military and police while being lined up at night.”

Increased militarisation of the island has been an ever-growing concern, with the Task Force headed by the Army Commander prioritising that military personnel and police officers are, as according to the statement, “heavy armed”. This is rather than be “provided with and trained on the use of personal protective equipment”.

In this statement it also asserts that Dr Rajith Seneratne, former health minister, began a conference directed at criticising the Government’s response to the pandemic that was broadcast live on Facebook whilst also in the public eye of more than a handful of journalists. The conference however received almost no media coverage, exposing little and cracking nothing of the shell that was in fact the current regime’s deliberate stance on the ongoing crisis.

Though the militarisation and the racial outbreak are synonymous with the treatment of COVID – 19 in Sri Lanka, it is vital to understand that although the island has had a bloody past that it assures itself time and time again is behind it, elements of this past resurface. Though the government states that there have only been few fatalities in the island, “Health officials are widely agreed that this number is a gross underestimate” according to the statement. And with the growing fear of human rights violations as well as the content concealment of official statistics, Sri Lanka’s future within the ambit of COVID – 19 looks murkier than ever.
(Source: Dula Kotte - JDS Lanka)